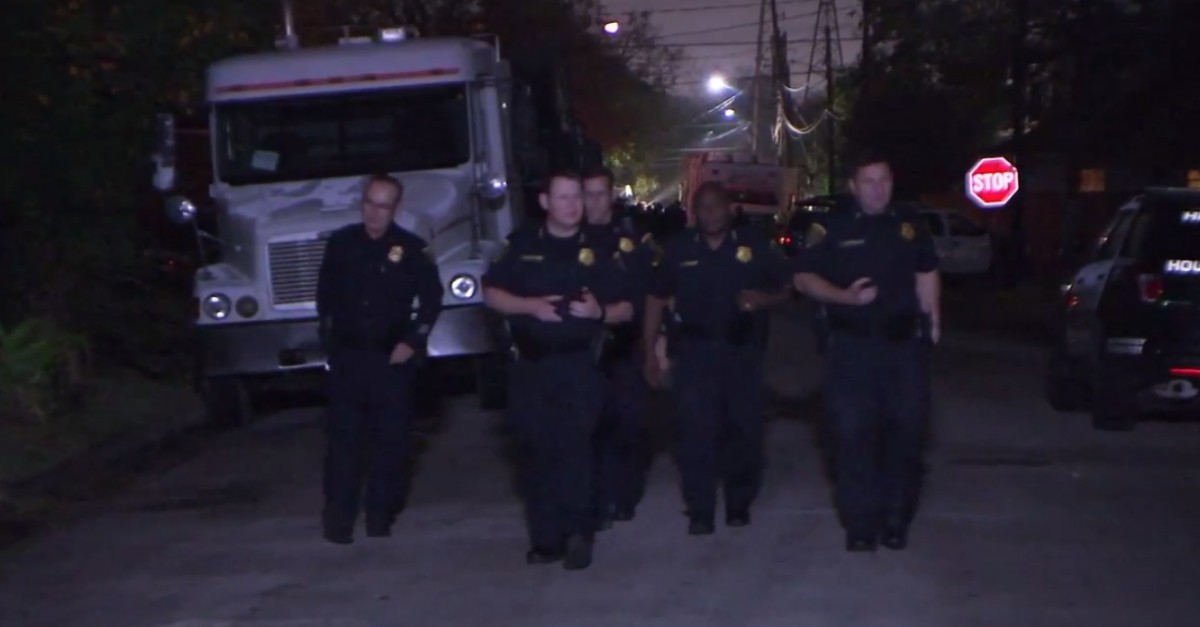 A woman walking in an Independence Heights neighborhood was snatched and taken to a backyard where she was held hostage by an armed gunman who had just led officers on a chase in a stolen U-Haul.

RELATED: Armed carjacking, police chase, end in North Houston with a crash and an arrest

The man barricaded himself and the hostage at East 32nd and Omega streets just before 9 p.m. Monday in a vehicle in a backyard.

This is a very volatile situation. Suspect has already fired a gunshot at our @houstonpolice officers. Please avoid the area and pray no one gets hurt or killed. https://t.co/FIscHto0YE

As authorities worked to clear the area, they negotiated with the man, who in turn, shot at them.

He eventually released the woman and then shot himself; he was transported to a nearby hospital where he later died.