Menu
Follow us
Search
Menu
Search
FILE - In this Wednesday, March 30, 2011 file photo, a bed bug is displayed at the Smithsonian Institution National Museum of Natural History in Washington. A government study counted one death and 80 illnesses linked to bedbug-targeting insecticides used from 2008 through 2010. Many were do-it-yourselfers who misused the chemicals or used the wrong product. Most of the cases were in New York City, the apparent epicenter of a recent U.S. bedbug comeback. (AP Photo/Carolyn Kaster, File)

A couple was looking to enjoy a screening of “All Eyez on Me” Friday night, when their date was crashed by a very unwelcome, creepy intruder:  bed bugs.

RELATED: Snakes on a plane sound better than bed bugs on a train

Anthony VanDuyn told the Houston Chronicle he and his wife were inside a theater at the AMC Studio 30 on Dunvale Road in west Houston when he began to feel itchy.

“I’m sitting there scratching my arms,” VanDuyn said in an interview. “My wife thought it was an allergic reaction. I’ve been through bed bugs more than once. We got up, walked out.”

After approaching management, VanDuyn says a bed bug fell off of him and onto the floor. He took this video which shows an insect scurrying away.

When the couple returned home, VanDuyn continued to suffer from bites, whereupon he called an exterminator who “found nothing.”

Meanwhile, in a statement to Chron.com, AMC said it was “made aware of the report” and “brought in a third-party pest control expert to conduct an inspection, which found zero evidence of bed bugs at AMC Studio 30.”

“This is an issue AMC takes very seriously,” continued the statement. “Any guest report results in a third-party inspection of the suspected area, and, if evidence is found, it undergoes immediate treatment.”

For his part, VanDuyn is wary of being infested with the insidious insect. After his past experiences with the pests, he said he hopes this time it’s less of an ordeal.

Commenters on Reddit were skeptical about the accusation, but didn’t hold back when criticizing the theater.

RELATED: This dude reviewed a New York City hotel and what he found in the bed is made of nightmares

“That place is so crappy,” wrote Merikariu. “The final time I was there, I watched an action movie with bad audio, including non-functional subwoofers. Now I pay for iPic.” 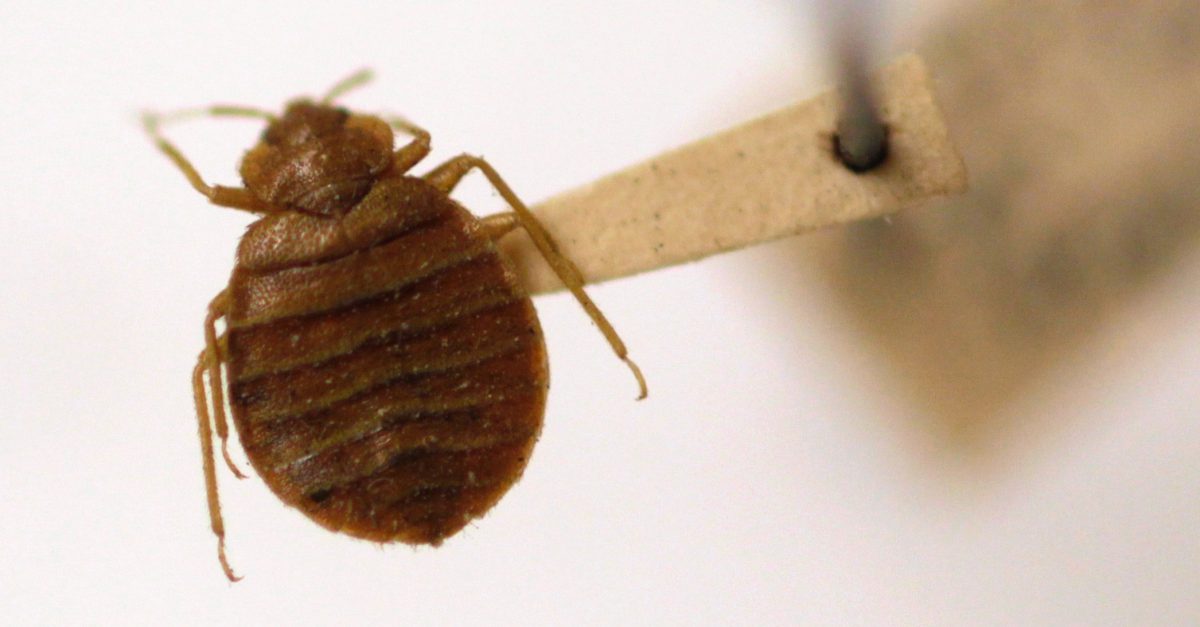