After being burned from Tax Day and Memorial Day floods, a Meyerland man went out and bought a $13,000 AquaDam to protect his property.

RELATED: A Rosenberg couple spent $18,000 on an “Aqua Dam,” but it was money well spent during Harvey

What he wasn’t prepared for was Hurricane Harvey to dump 5-feet of water in his home:

“In previous floods, the most we ever got was 12 to 14 inches or so,” Sam Craven said in an interview with Houston Public Media. “The AquaDam is good for 30 inches, so we thought we were pretty well covered.”

Unfortunately, the barrier, 400-feet of refillable tubing designed to curve around a house, could not keep the water at bay, causing extensive damage to the home.

Craven is now changing his mind about what would protect it, even going as far as applying for a FEMA grant to raise his home.

At the moment, the agency declined.

RELATED: For the homes that are still standing, Houston’s housing market is still chugging along after Harvey

While the AquaDam system worked for several other Houstonians, including another Meyerland couple and the city, Craven still plans on selling his home for lot value.

Crews from Gulf Coast AquaDams (Abbeville) are on I-10 in Houston. So far they've installed 3,750 feet of AquaDam pic.twitter.com/WSwe60elc5 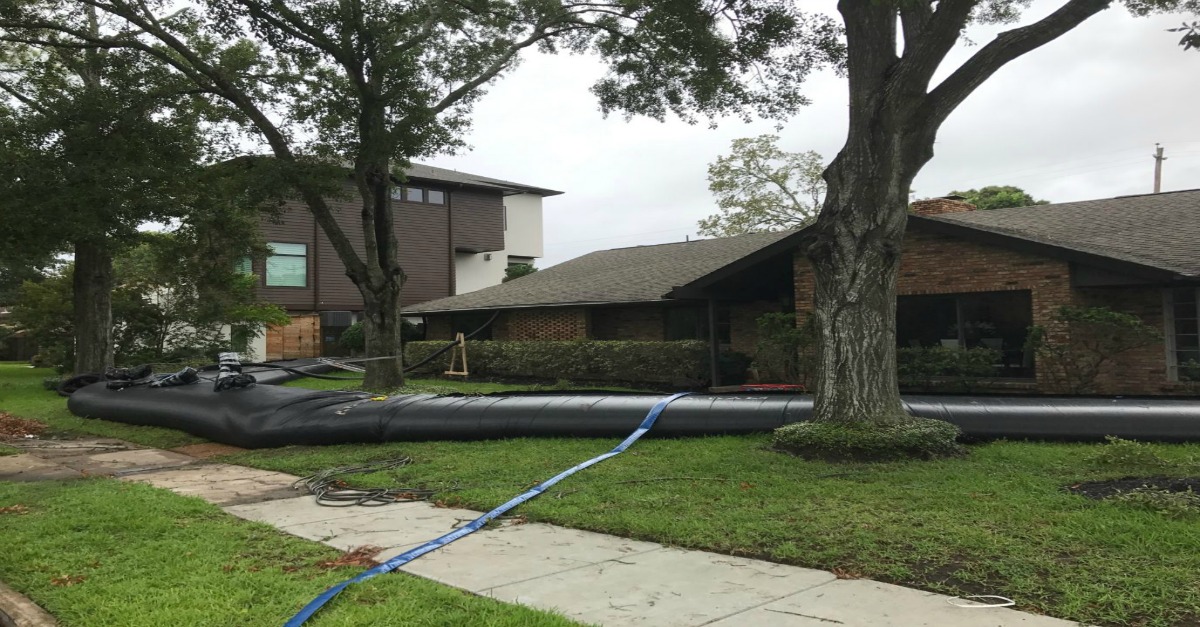