A Richmond minor was illegally married last year, and the arrangement may have been against her will 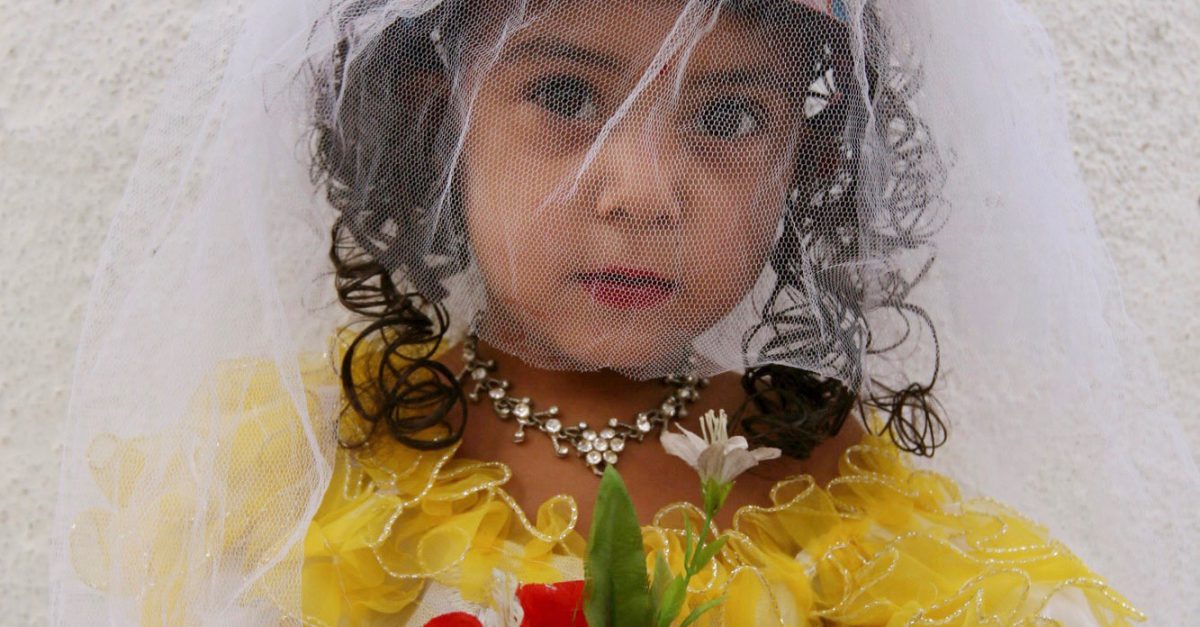 AP Photo/Farzana Wahidy
Three-year-old Sunam is dressed in a bridal outfit in Kabul, Afghanistan, Aug. 14, 2007. Sunam cannot talk yet, but her father Parvez agreed to engage his young daughter to her cousin Nieem, 7, because his sister, Fahima, Nieem's mother, did not have a daughter and desperately wanted one. (AP Photo/Farzana Wahidy)

A mother in Fort Bend County is accused of allowing a 47-year-old man to marry her 14-year-old daughter.

The “marriage” occurred in Richmond, Tex., a city outside of Houston.

RELATED: 16 years after she drowned five of her children, the legacy of Andrea Yates is helping to prevent similar tragedies

According to reports, Child Protective Services (CPS) received a call from a doctor alleging the girl said she was married and sexually active. The “marriage” occurred when the girl was just 13-years-old.

CPS informed the Fort Bend Sheriff’s Office of the potential long-term sexual assault on June 5. Authorities launched an investigation that is still ongoing.

The mother, Cherry Jamila Payton, 39,  and the teen’s “husband” Steven Carty, 47, have both been arrested.

In Texas, the youngest a teen can legally marry is 16, and that’s only if the teen is emancipated.