So rich, childhood games of Army men materialized in his adulthood when he was able to acquire and restore a WWII tank.

However, now, he’s fighting a real battle over the heavy-duty utility vehicle against the homeowner’s association (HOA) who doesn’t see his hobby as good for his upscale Houston neighborhood.

For $600,000, Buzbee restored a Sherman tank, one which landed at Normandy on D-day, according to the Daily Mail.

It’s currently parked outside his multimillion-dollar home on River Oaks Boulevard, but his neighbors claim the tank is a safety hazard, regularly causing traffic congestion with people slowing down to to rubberneck the casually parallel parked armored car.

Unconsidered during the formation of HOA bylaws, there is no explicit rule against the park job in his neighborhood, but, nonetheless, Buzbee received a letter on the community’s concerns regardless.

Although there are complaints of blocked streets, he argues the tank is fairly compact and doesn’t appear to take up any more space than your average car parked in the same manner.

Furthermore, although the HOA letter claims the tank causes problems for Buzbee’s neighbors, according to KHOU, others aren’t bothered by the spectacle:

“I wish it was permanent,” one of Buzbee’s neighbors said in an interview. “I think it’s an asset, and I think if you watch the cars come up and slow down, you say to yourself, ‘Wow, that’s America.'”

Buzbee said he’ll eventually transport his new tank to his ranch in east Texas, but, for now, he will keep it parked exactly where it is:

“They can ticket it or they can try to tow it, but, the truth is, unless I decide to move it, it’s not going anywhere.”

These words are not unlike the infamous mantra of Texas: 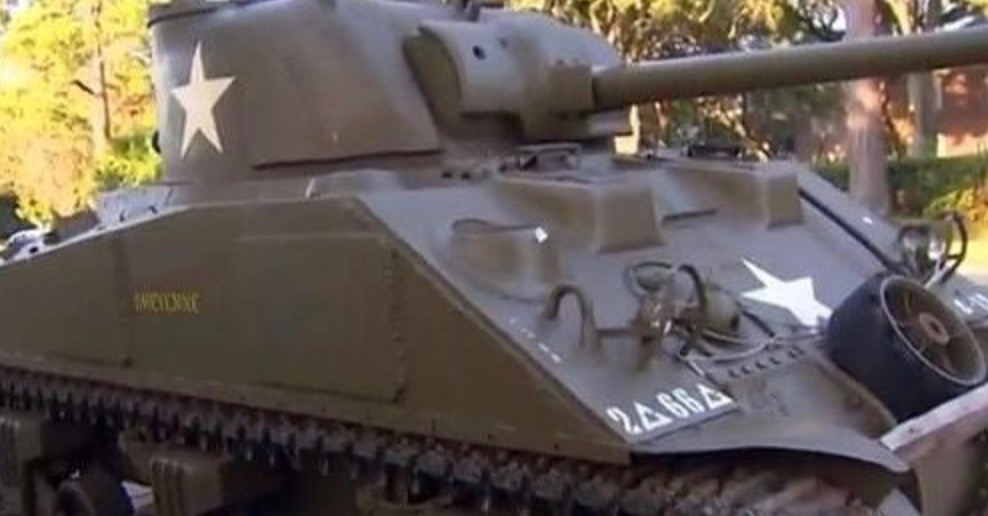