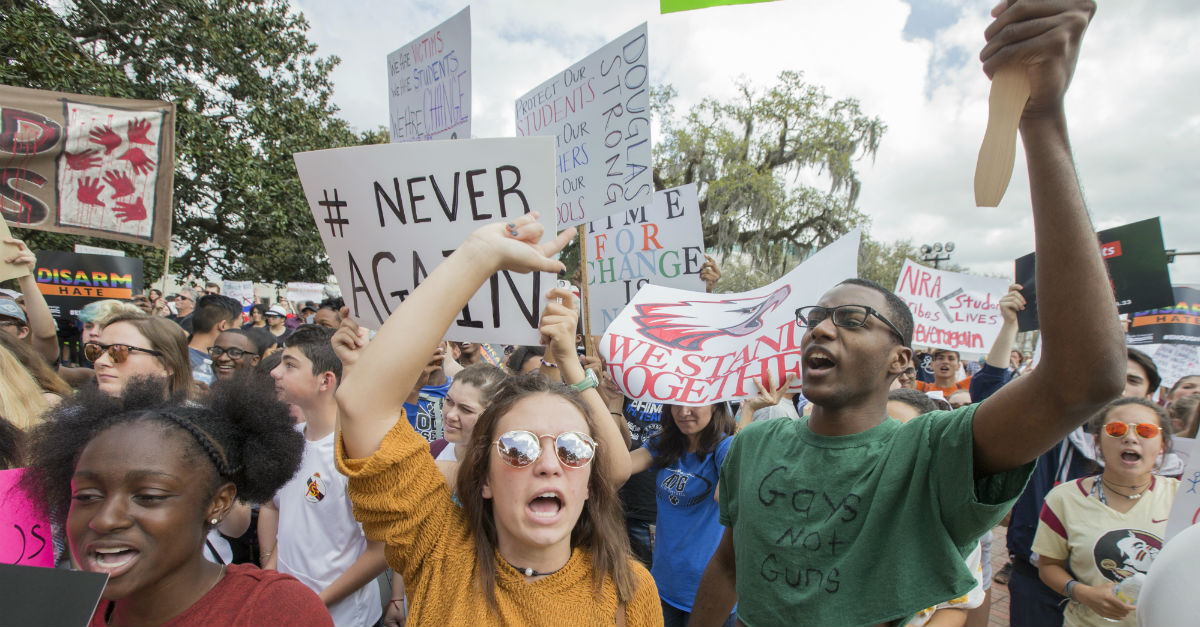 Students have taken the fight for tougher gun laws into their own hands following last week’s deadly shooting at a Florida high school. But there’s one Texas school district that has threatened students seeking to participate.

Students in Florida and other parts of America have planned walk-outs and protests in support of gun control legislation. But according to ABC 13, the Needville Independent School District in Texas has stated that it will suspend any student for three days should they demonstrate during school hours.

As seen in a graphic shared by an account for the Student Walkout Against Gun Violence, the protest was planned for Tuesday, Feb. 21, at noon.

CALLING ALL STUDENTS🗣
The walkout this week will be held on Wed., February 21st at noon!
Students across the nation will stand with students in Broward County, FL.
Two other walkouts will be held in months to come, so I will keep you updated.
Change isn’t coming; it is here. pic.twitter.com/c2zYSyXHJg

“A school is a place to learn and grow educationally, emotionally and morally. A disruption of the school will not be tolerated,” said Superintendent Curtis Rhodes via a Facebook post, which drew outrage from several people in the comments section.

“Why can?t they just let the kids do this and allow their voices to be heard. They?re not walking out for the entire school day,” observed one commenter.

Some even encouraged the students to protest anyway, with one saying, “A 3 day suspension has zero consequences in your life long-term.”

“Kids, get a lawyer and show these school administrators that you have a Constitutional right to protest that the school cannot legally deny you of,” said another.