After being caught on film shoving a detained individual to the ground and then arresting him, police allegedly offered to drop the charges against Arlington resident Latasha Nelson’s sons in exchange for her cell phone video of their arrest.

Much to the chagrin of the cops, however, Nelson’s phone data was backed up to a cloud service, enabling her to access the video even though her phone was taken.

For their part, Arlington police say they were called after someone was spotted attempting to break into a vehicle and detained Nelson’s son because he matched the suspect’s description.

Shortly after they arrive is where the video taken from her cell phone begins.

In the video, Latasha can be heard asking officers where her son is being taken. They refuse to tell her, even calling her “uncooperative,” according to NBC Dallas-Ft. Worth.

Its at this point Nelson’s other son, Broderick, is shown being forced to the ground by an officer for no apparent reason, reportedly being arrested for obstruction.

Possibly thanks to the footage, according to the Nelson family, neither of the teenagers face official charges at this time. 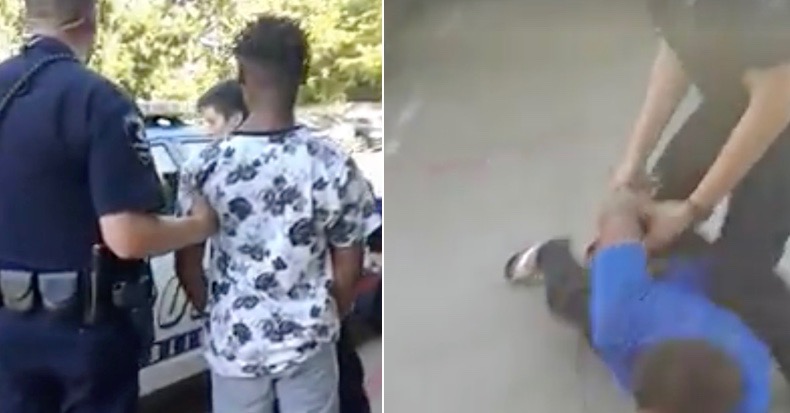