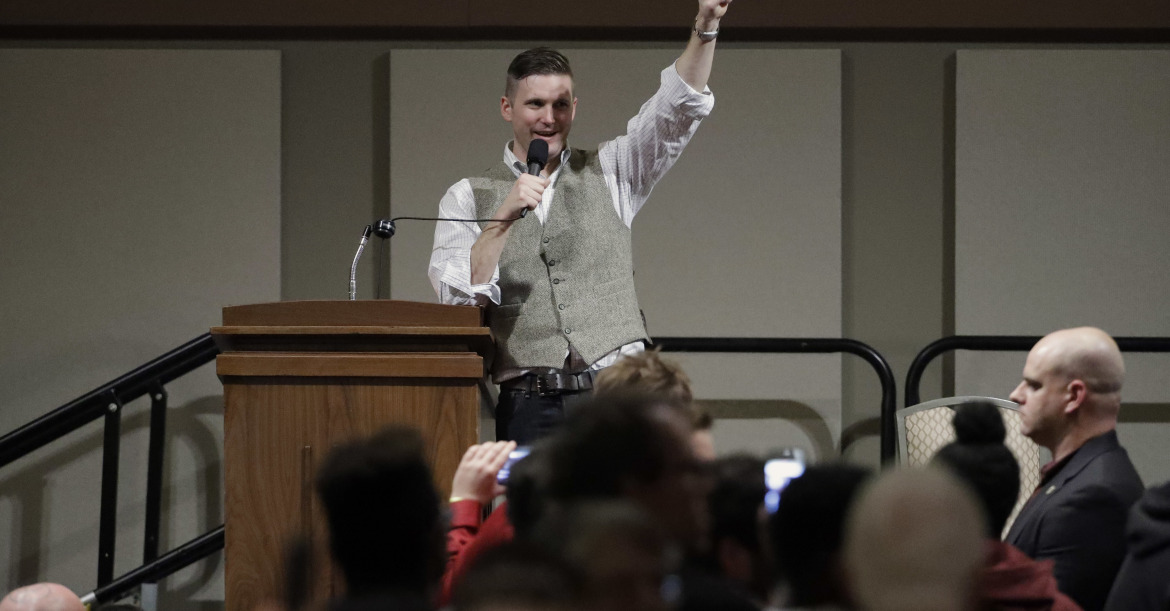 AP Photo/David J. Phillip
Richard Spencer, who leads a movement that mixes racism, white nationalism and populism, raises his fist as he speaks Tuesday, Dec. 6, 2016, in College Station, Texas. Texas A&M officials say they didn't schedule the speech by Spencer, who was invited to speak by a former student who reserved campus space available to the public. (AP Photo/David J. Phillip)

RELATED: Instead of just watching Richard Spencer get punched in the face, here’s why his racist worldview is wrong

Now, the man who brought the controversial, vilified figure to the school is at it again.

Following Charlottesville’s violent riots over the weekend, it is being reported former A&M student and self-proclaimed white nationalist Preston Wiginton recently booked public space at the university for a potential encore:

“The key purpose of the event is to protest the liberal agenda of White Guilt and white genocide that is taught at most all universities in America,” Wiginton wrote in a press release.

RELATED: Do you know who punched Richard Spencer? The information could be worth thousands

“I will never know what it is like to be a student of color at Texas A&M University and in this world, but I acknowledge this rally, offensively hosted on September 11th, signifies hatred,” he wrote in a statement regarding the scheduled September event.