According to a new report, Houston is home to 7 of the top 100 traffic bottlenecks 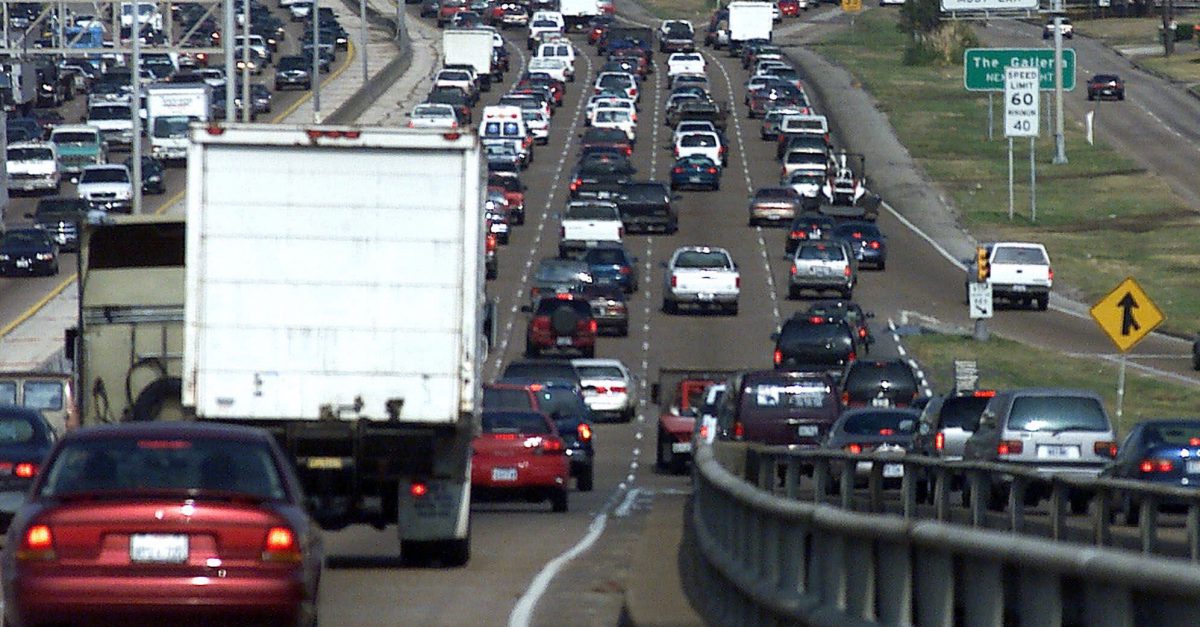 AP Photo/David J. Phillip
Traffic backs up where Interstate 610 and U.S. Highway 59 intersect near the Galleria area Tuesday, Nov. 23, 1999 in Houston. According to a study by the American Highway Users Alliance, Houston is home to two of the nation's worst highway bottlenecks. The study found that fixing the most serious congested areas nationwide would save lives, reduce pollution and shorten delays. (AP Photo/David J. Phillip)

A new report from the American Transportation Research Institute reportedly found seven of the 100 worst traffic bottlenecks for long-haul truck drivers to be in Houston, including three in the top 25.

Analysts said they found the three worst offenders all in downtown Houston:

And the other area interchanges making the list are as follows:

RELATED: These Videos of Houston Traffic Prove Even Traffic is Bigger in Texas

Most Houston intersections came close to the same congestion scores as last year, except for the Loop 610 West at U.S. Highway 59 interchange, where the peak average speed at that interchange increased by nearly 10 percent, from 30.3 miles an hour to 33.2 miles an hour.

“As the issue of infrastructure investment comes to the forefront on the national stage, ATRI’s report on truck bottlenecks could not come at a better time. The safe and efficient movement of freight should be a top priority in any infrastructure package, and this report identifies the areas where investment is most needed.”