According to a new report, Texas may be a red ‘magnet,’ attracting families from blue states 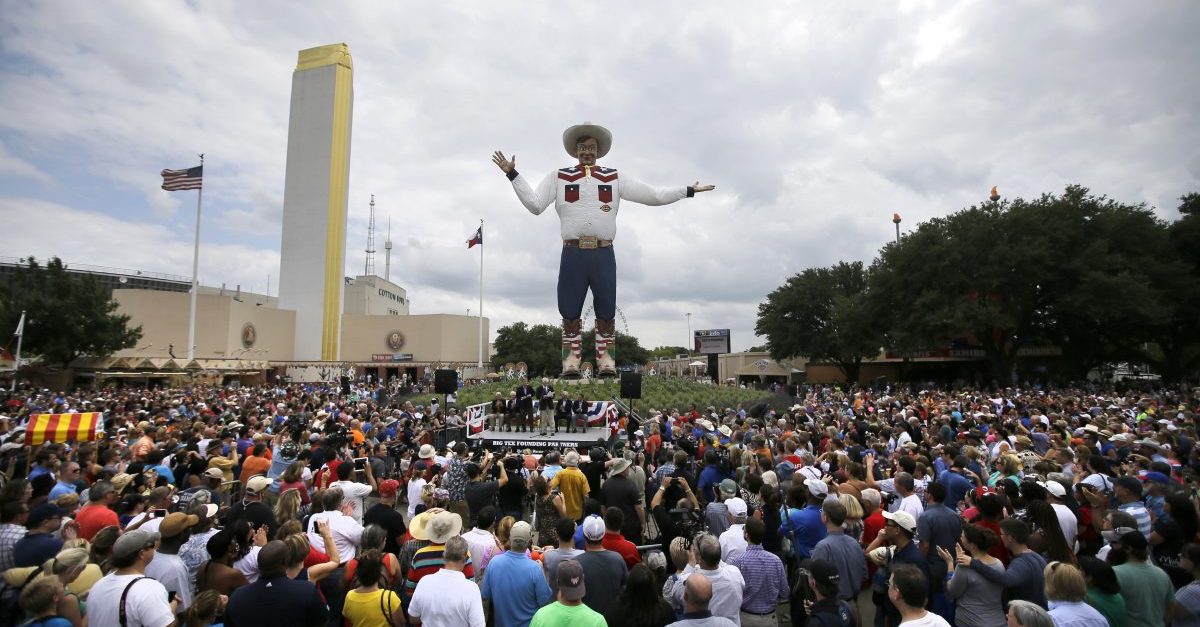 AP Photo/Tony Gutierrez
Thousands of visitors to the Texas State Fair stand in the fair grounds circle watching an official ceremony where the 55-foot-tall Big Tex fair symbol welcomed everyone to the fair, Friday, Sept. 27, 2013, in Dallas. Big Tex was destroyed in a blaze Oct. 19, 2012, just days before the end of last years fair. Big Tex stands 55-feet tall, three feet taller than the one destroyed by fire. The fair runs Sept. 27, through Oct. 20. (AP Photo/Tony Gutierrez)

A new report claims, politically and ideologically, conservative people seem to be flocking to Texas to escape more liberal states, like California.

According to NPR, recent changes in liberal states, including tax hikes and the legalization of recreational marijuana use, concern conservatives for their futures if they stay planted in their homes.

“It’s the simple fact that I’m trying to raise a family,” Tim Stokes, who grew up in California and is now considering a move, said in an interview with NPR.

Stokes said he voted against a good deal of what could be considered liberal legislation, like on the issues mentioned above, and he said he doesn’t feel at home in California any longer.

Any he’s not the only one looking to ‘Go’ To Texas (GTT):

According to population growth projections, 20 million people could end up moving to Texas for similar reasons related Stokes’ views by 2050.

Stokes said he will be using the company Conservative Move, whose motto is ‘Helping Families Move Right,’ according to its website, to help him and his family make the transition.

The company reportedly got its start by conservative former California politician Paul Chabot after a failed run for Congress left him discouraged by his community and surroundings.

A California friend just posted this pic. His yearly car registration fee went from $500 last year, to now over $800 because of new Leftist law. My answer can be found at https://t.co/6ap7qqD4hQ pic.twitter.com/lZaJHzAdZ4

Comparably, stronger job markets and lower home prices are also contributing to Texas’ migration numbers on all ideological fronts, according to NPR.

Some reportedly question whether moving into communities where everyone shares your ideals is necessarily a good thing, however:

With the recent clashes surrounding the removal of old Confederate monuments, for example, some believe segregated mindsets may be contributing to violence or unrest on the subject.

“I think, instead of just trying to kind of put together pockets of like-minded, I would think energy is better spent trying to figure out how to live and exist together and find productive solutions going forward versus insulating yourself from different thoughts and ideologies.” McKinney, Texas, Mayor George Fuller said in an interview.

RELATED: You won’t believe why Paul Krugman thinks Californians are moving to Texas