After a deadly, early-morning Friday crash, Houston authorities have a few questions for the possibly intoxicated driver 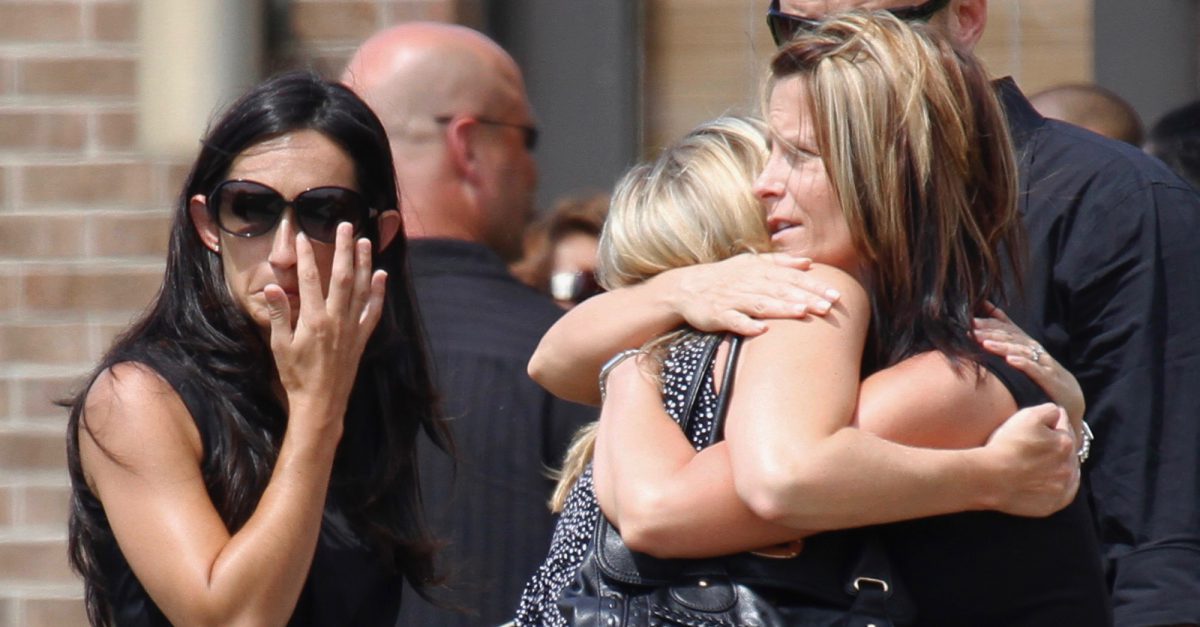 AP Photo/Steve Helber
Mourners hug after a memorial service for Navy Seal Kevin Arthur Houston at the Atlantic Shores Baptist Church in Virginia Beach, Va., Thursday, Aug. 11, 2011. Houston was a member of Seal Team six and was killed aboard he helicopter that crashed in Afghanistan Saturday. (AP Photo/Steve Helber)

Early Friday morning, a speeding Nissan Rogue went airborne and crashed onto its side in northeast Houston.

The incident ultimately resulted in the death of a 7-year-old child.

Three other people, including two children, were injured.

According to police, a woman was speeding in the 400 block of Maxey Road just before 1:00 a.m. when she “lost control of her car, went into a grassy area, hit a speed limit sign, continued into the grassy area, hit a manhole cover and went airborne before the SUV landed on its side on the road and ended up resting in the parking lot of a party supply store.”

The 7-year-old boy was ejected from the car and died.

A 4-year-old girl and 6-year-old boy were transported to the hospital with non-life threatening injuries, along with their mother, the driver.

It is not clear if the children were restrained in the car.

RELATED: A drunk driver ran a red light and crashed into a car with a family of six

Police found an open container of alcohol along with several unopened bottles at the scene.

They say it is undetermined at this time if the driver was intoxicated.