After a failed deal with a Spanish firm, City Council members must now decide how to handle Houston’s recycling 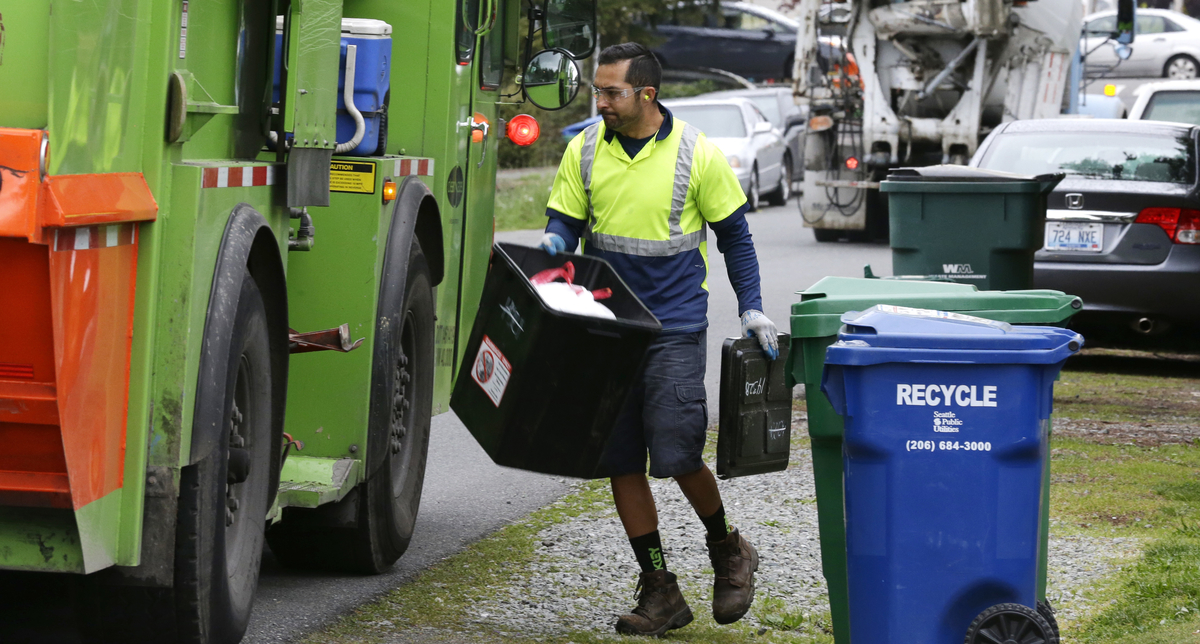 AP Photo/Ted S. Warren
David Morales, a garbage driver with Recology, picks up a garbage container for Seattle Public Utilities, Friday, April 15, 2016, in Seattle. A judge is scheduled to hear a challenge Friday, April 16, 2016, to a new Seattle law allowing garbage collectors to check people's trash to see whether they are disposing of recycling items and food waste incorrectly. (AP Photo/Ted S. Warren)

After nearly two years of debate and a controversial selection process, Houston City Council is reportedly set to debate on whether to extend the existing recycling contract between the city and Waste Management, Inc.

According to previous meeting agenda records, city officials negotiated a four-year deal with Waste Management in 2016 at a 50 percent higher cost than the previous agreement due to a downturn in the recyclable commodities market.

A higher price reportedly caused the city to opt for a two-year agreement and eliminate glass recycling.

The reduced process prompted calls from Houston Mayor Sylvester Turner and others to seek competitive bids from other recycling providers.

In January 2018, city leaders announced they reached a deal with Spanish firm FCC, who would also build a new recycling plant.

Per its text, the FCC deal allowed the city to pay $19 per ton of recycled material, even if the commodities market suffered a fall or setback.

The deal also reportedly permitted the city to receive half the revenue from the recycling plant if the plant’s revenue exceeded its processing fee of $87 per ton, with a new plant scheduled to open in early 2019.

However, with no plant ready by the time the contract would go into effect, combined with higher-than-expected commodities prices and the temporary shutdown of curbside recycling in the aftermath of Hurricane Harvey, city leaders became forced to go back to the drawing board in terms of its recycling options.

Council members said they will debate on whether to extend the Waste Management contract, originally set to expire in March of this year, for another 12 months.

The current agreement, initially priced at $5.8 million over two years, would reportedly not require the city to outlay any more funds, nor would it require a tax increase.