They may be the No. 1 team in baseball, but the Houston Astros still know how to have fun – and show some respect.

RELATED: Five Houston Astros are headed to the All-Star Game

The veteran ballplayer, who usually covers left field, but is burning things up with his bat, was supplanted by utility man Marwin Gonzalez, meaning Beltran’s absence from the outfield is spanning beyond two months.

This was long enough for Beltran’s fellow teammates to jokingly mount a funeral for the glove.

“Wearing black Astros T-shirts, the players knelt in a semicircle around catcher Brian McCann, who delivered a eulogy while dressed in a black robe,” the Chronicle described.  “The glove was laid to rest in a white shoe box, which Josh Reddick placed on the grass in front of three fake gravestones that were planted by George Springer.”

There were no hard feelings from Beltran, who thought the whole thing was hilarious, taping McCann’s eulogy on his iPhone and laughing throughout the ceremony.
RELATED: An Astros pitcher was suspended for 80 games after he tried to train like a horse

“I love it,” Beltran said after the ceremony in an interview. “I have fun with them. They have fun with me. That’s what a team should be.” 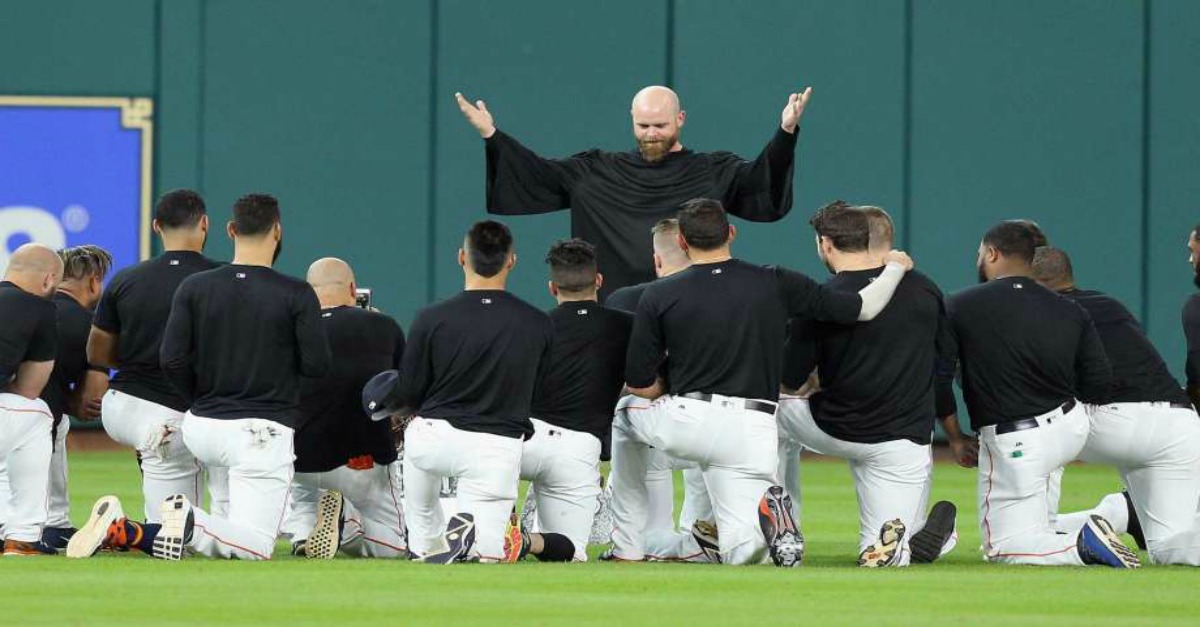