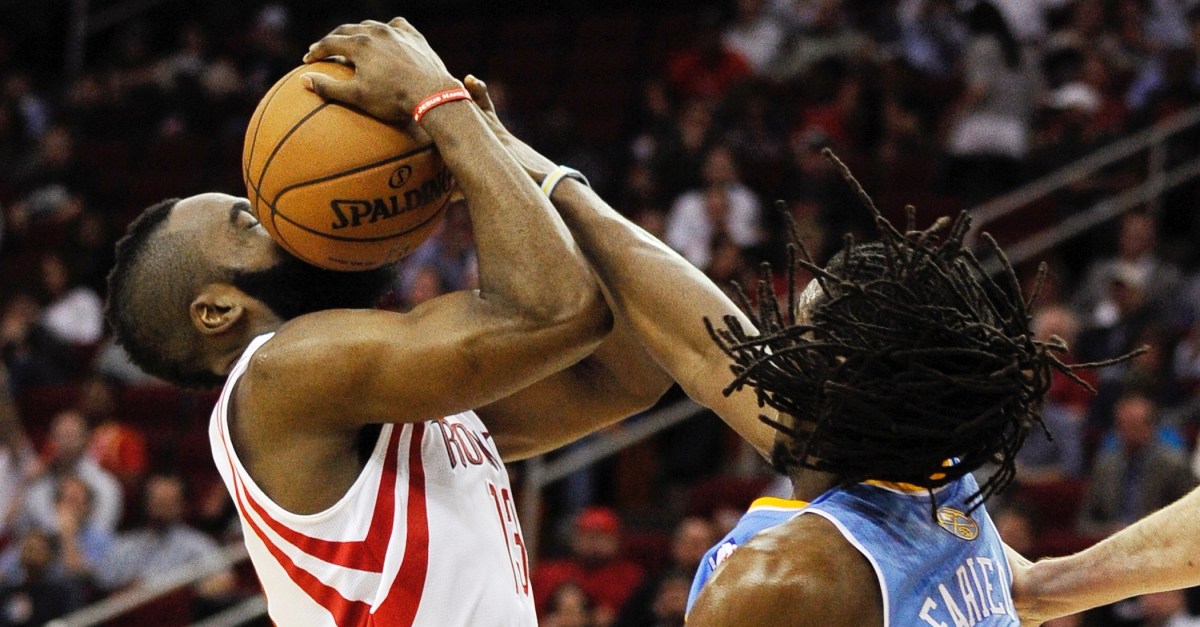 James Harden is choking down more than his terrible Game 6 loss to the Spurs.

Recently, Moses Malone Jr. filed suit against the NBA superstar, accusing him of hiring “thugs” to attack him outside of a Houston strip club last June.

RELATED: Harden had trouble keeping up with his Kardashian, but he can’t slow down in Houston

According to the complaint, Malone was allegedly beaten by four men who stole about $15,000 of jewelry from the son of a former NBA legend, including his diamond earrings.

The suit further alleges Harden paid $20,000 to stage the assault in retaliation for a critical Facebook post Malone Jr. posted about the administration of the Rocket guard’s youth basketball camp.

ABC13 in Houston described the post as “basically [referencing] the fact that James Harden was charging $250 for a basketball camp.”

According to the New York Daily News, during the assault, Malone said his attackers told him he “disrespected James Harden and that he needs to be punished after that.” He said he also received a “random aggressive threatening text” from a close friend of Harden’s.

In a statement sent to Fox 26, Harden’s attorney, Rusty Hardin, maintained his client was not involved in the situation:

“I have previously discussed Moses’ allegations with James and others, and I am totally comfortable that the allegations are untrue. Unfortunately, I am afraid this is just another example of people shopping for a deep pocket when they find that the people actually responsible have no money.”

Harden was reportedly subpoenaed for the case in November, but the lawsuit remains ongoing at this time.