Already Man of the Decade in Houston, this week, the NFL nominated J.J. Watt for another Man of the Year award 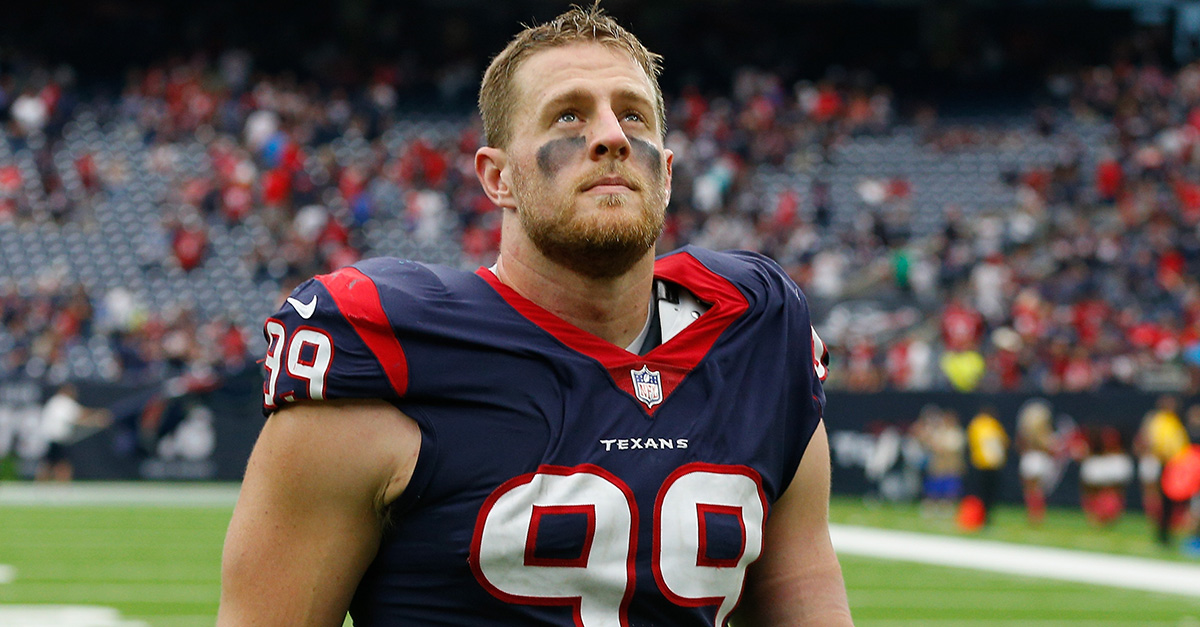 This week, NFL officials named Houston Texans defensive end J.J. Watt as one of the three finalists for its Walter Payton Man of the Year Award, which recognizes players who contribute to their communities.

“Humbled & honored to even be mentioned in the same breath as Walter Payton. Also happy to share the nomination with @BenjaminSWatson and @gregolsen88 who are both extremely deserving. This is so much bigger than just one man. It’s about the good in all of humanity.”

During the Texans’ preseason, Hurricane Harvey dumped more than 50 inches of rain on the Houston area in less than a week.

But Watt didn’t let the weather dampen his spirit, and he worked to keep Houston’s alive, as well, organizing an online fundraising drive with an initial intention of raising $200,000.

Donors met the goal in less than 24 hours, prompting him and his foundation to extend the drive for another three weeks.

In late October, Watt announced $31.5 million of the funds would be distributed to four charities, including donations to SBP for rebuilding homes, Feeding America for food collection and distribution, AmeriCares for medical care and Save the Children for child care.

The foundation reportedly even held the a portion of the funds for further distribution to other causes as needs arose.

Despite his success off the field, Watt suffered a season-ending leg injury in early October during a game against the Kansas City Chiefs, but he regularly shares updates on his rehabilitation from the injury.

In fact, as featured on social media, over the weekend, he reportedly ran on a treadmill for the first time since the injury:

The winner of the Walter Payton Man of the Year Award will be announced at the NFL Honors ceremony on Saturday, February 3, but you’re already a winner in our hearts, J.J.

Good luck to all of the nominees!