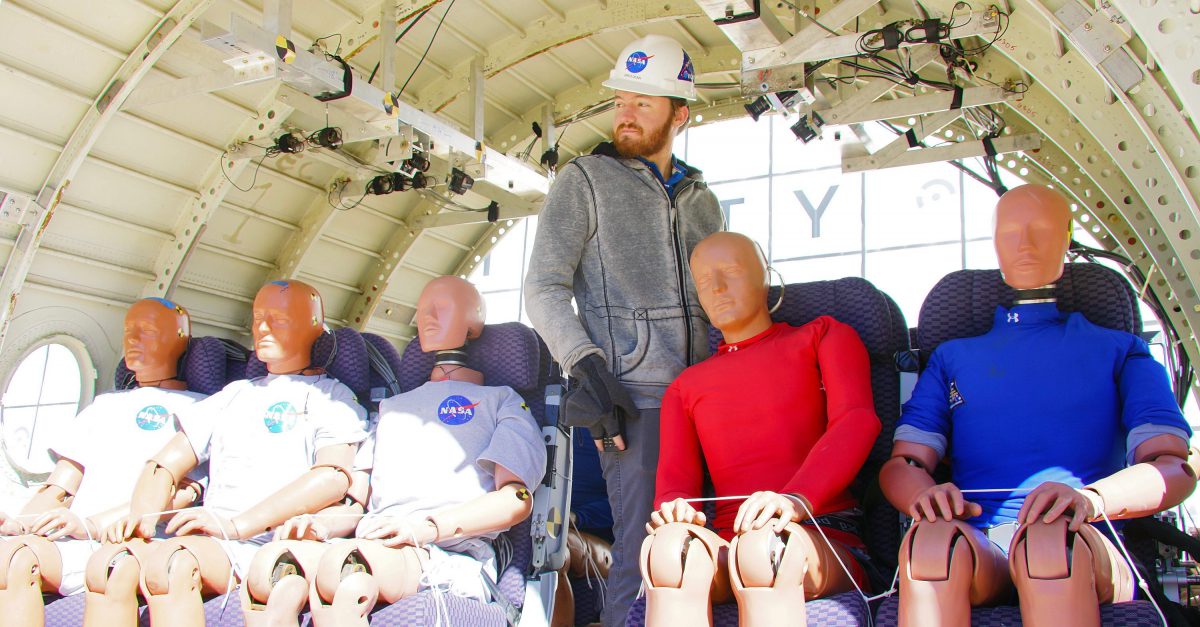 RELATED: The 12 biggest airplane mysteries of all time

Last week, NASA teamed up with the Federal Aviation Administration (FAA) to conduct crash tests on the future of commercial airplane designs.

Moving away from metallic materials, like aluminum and steel, the test shown above was to determine the airworthiness of planes designed out of composite non-malleable materials ? the future of airframes.

Engineers simulated settings of a commercial flight, including a mixed range of weights and heights of test dummy passengers, as well as actual luggage from real flights that ultimately went unclaimed.

Overall, the team was optimistic about the results, including the FAA?s chief scientist and technical advisor for the crash test dummies Joseph Pellettiere:

“There was a lot of floor damage, but the fitting for seats still held up which is a good result ? meaning that even with that amount of structural damage we would expect the seats to remain in place and give the occupants a chance to evacuate.”

Despite work to be done, things have come a long way:

You may be interested to know that commercial flight crashes are usually considered ipse dixit ? to speak for themselves ? given the heavy regulation of the airline industry, not to mention the lack of other easily accessible options, making the government, generally, fully liable for the crash of an otherwise ordinarily operational flight.

RELATED: A plane crashed onto one of America?s busiest highways: 7 things you need to know

Just a few thoughts to help you sleep at night after viewing that nightmarish footage.

Data from the NASA-FAA test is currently being analyzed.