In case you missed it, Astros pitcher David Paulino was suspended for 80 games without pay over the weekend after he violated Major League Baseball’s policy prohibiting use of performance-enhancing substances.

According to a news release from MLB officials, the right-handed pitcher tested positive for Boldenone, an anabolic, androgenic steroid.

Paulino could return by the final game of the regular season, but would not be eligible for the post-season roster.

As one of the top prospects in baseball at the start of the 2017 season, the Astros called him up from the minor leagues at the end of May.

He played six games as a spot starter in an Astros pitching rotation, which is currently torn apart by injuries to key starters, earning a record of 2-0 with a 6.52 earned run average and 34 strikeouts in 29 innings.

He further said  “ [Paulino] proved that he could pitch and help at this level:”

“It’s a shame because he was off to a good start with us this year,” Luhnow’s statement read. “And now he’s not able to do that this year or in the postseason. So we’ll have to wait until next year.”

He called the positive test “disappointing.”

“It’s the nature of the business sometimes when you try to find a competitive edge,” Hinch said. “The program is in place to catch these types of actions, and it worked.”

Boldenone was originally developed for veterinary use, primarily for the treatment of horses, and is only available the in the U.S. through veterinary clinics. 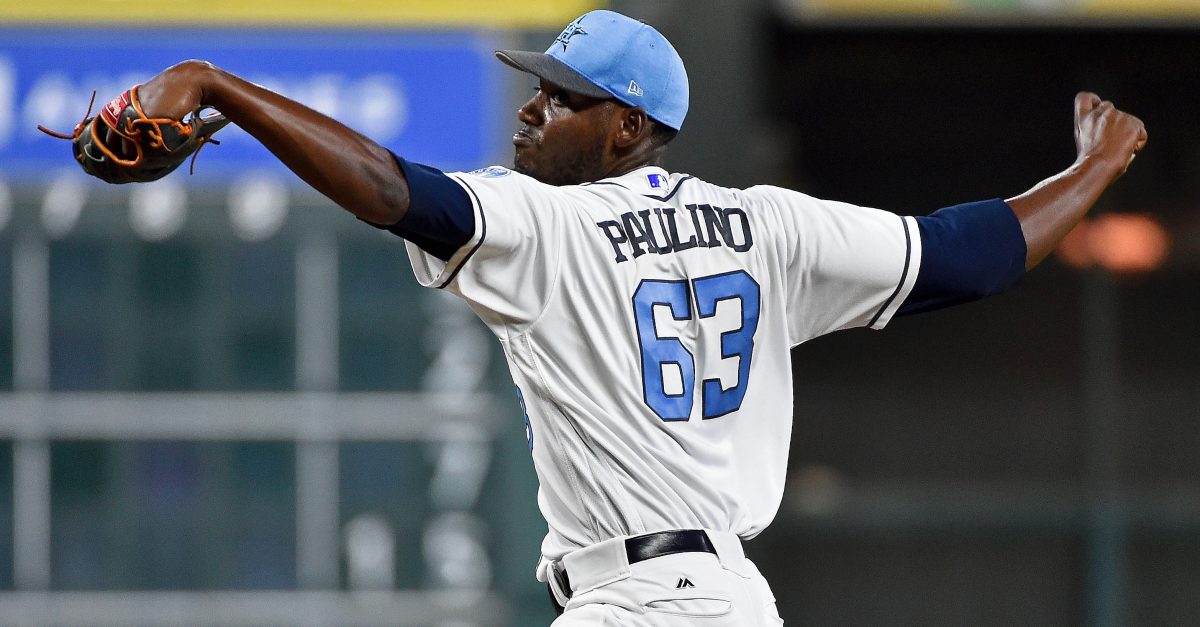