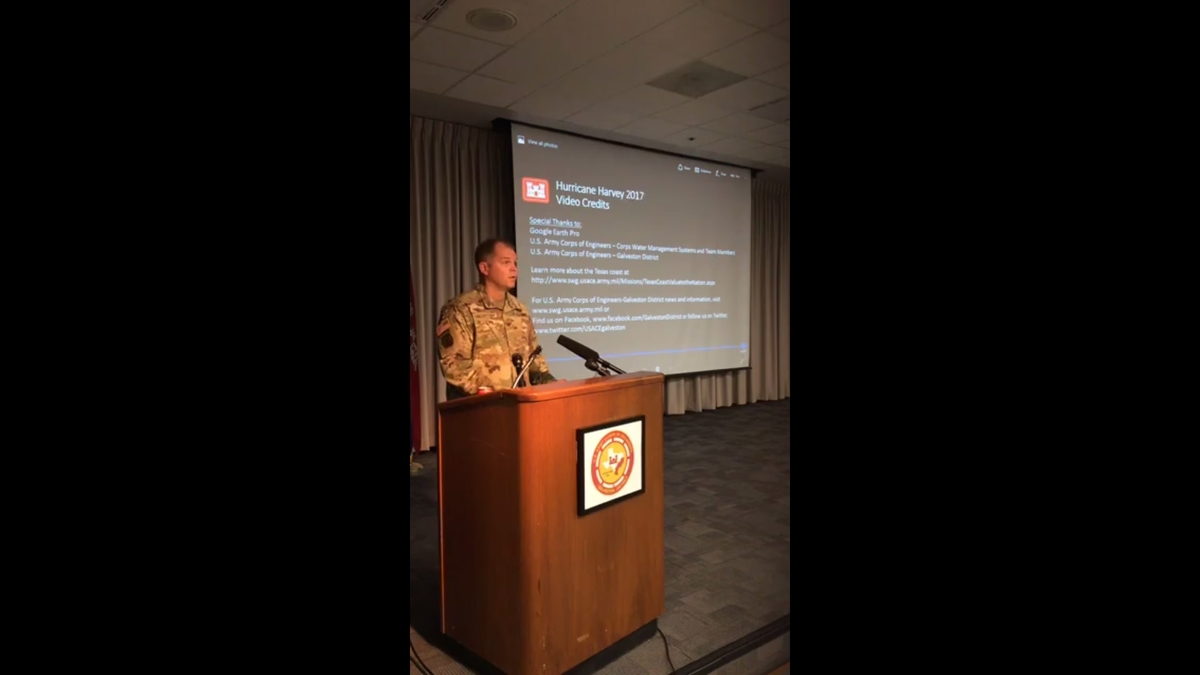 Residents around the Addicks and Barker reservoirs should see a reduction in the floodwaters that inundated the area, though downstream residents will have to wait longer to see relief.

The Galveston District of the Army Corps of Engineers gave a press conference on Monday, September 4 to give the public an update on the post-Harvey recovery efforts.

RELATED: Video shows how easily alligators can swim up to your home in Harvey floodwaters

The update comes two days after Mayor Sylvester Turner issued a mandatory evacuation of residents near the two reservoirs who had remained in their flooded homes. Electricity has been cut off in the neighborhoods to minimize dangers as the Army Corps of Engineers continues to reduce the levels of the reservoirs.

The presentation started with an overview of how much the Addicks and Barker reservoirs flooded, as well as the steps taken by the Army Corps of Engineers to protect them from damage due to flooding. While the water remains high, both Addicks and Barker are gradually draining into Buffalo Bayou.

Reductions will remain in effect at the reservoir through September 15. Upstream of the reservoirs, residents should see the water recede noticeably, while downstream residents will see minor reductions, despite the outflow of water from Addicks and Barker.

The slow release of water from the reservoirs will protect bridges and other infrastructure in the area, which could be damaged if too much water is released at once. However, if another rain event happens before the water can go down, the Army Corps of Engineers may be forced to increase the amount of floodwaters released from the reservoirs.

The corps is currently focused on the Barker dam, but will soon begin releasing from both Barker and Addicks. The neighborhoods around the reservoirs are expected to remain flooded for a couple of more weeks.

For more information, you can watch the press conference by using the link to the Army Corps of Engineers’ Facebook video.