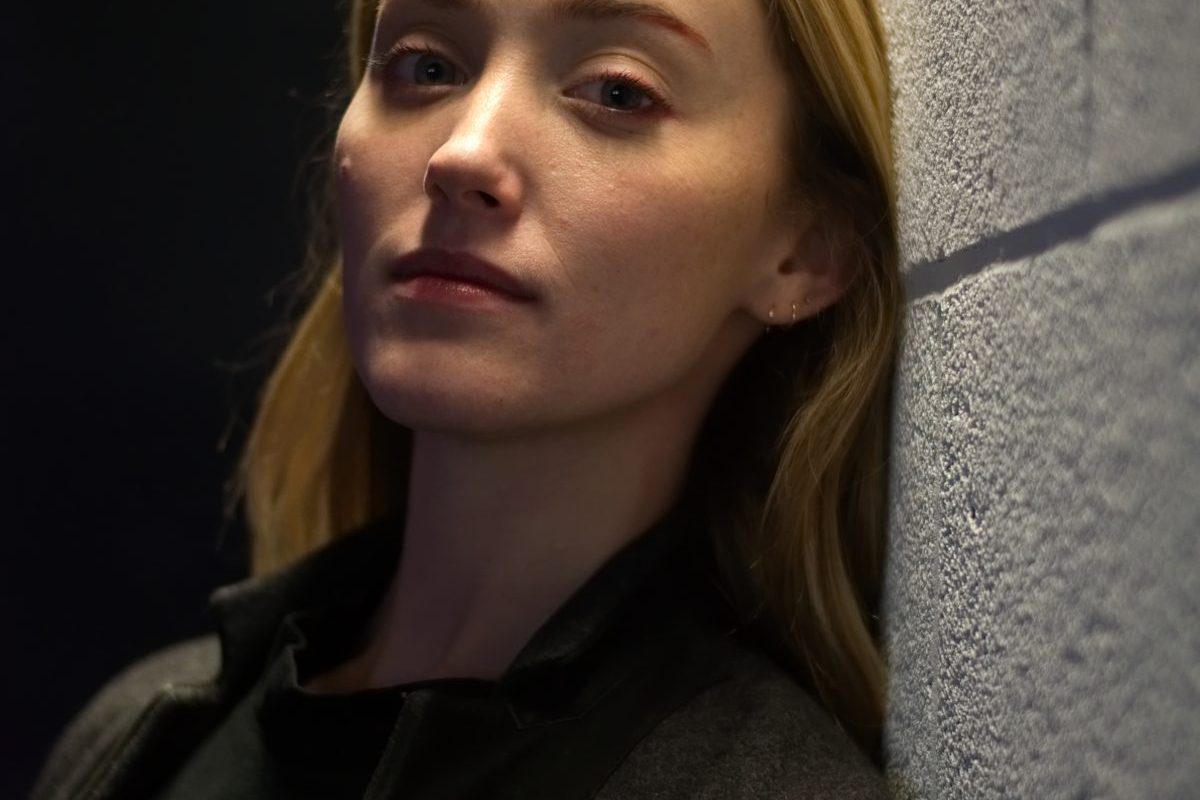 Editor’s Note: John Bogna wrote this story from a firsthand perspective after attending Houston’s Day for Night Festival in December.

Artist Sam Cannon’s (very) short films are designed to draw you in.

Scroll through her portfolio, and you’ll find looping videos of a woman with eyes for breasts, a spider-like being composed only of legs or body parts scattered on a field of white.

Some of them appear seamless; the eyes on the woman’s chest blink and hands emerge from and submerge back into a pool of water in hypnotic rhythm.

A South Carolina native, during an interview with Rare, Cannon said she moved to south Florida at a very young age, and she currently resides in New York, where she graduated with a BFA in fine art photography from the Rochester Institute of Technology (RIT).

Her client roster reportedly included Nike before even graduating college, and she shows no sign of slowing down.

Inspired by the body-morphing work of photographers like Asger Carlsen, Cannon distorts the human form in the same way while increasing the impact of her images with added motion; the GIF-usually the territory of meme factories-as artistic expression.

Cannon, who said she started shooting around 8 years old, took a while to settle on a creative medium she felt happy with. She said she became caught between a love of photography and video, and GIFs allowed her to utilize both.

“Finding that space in between video and stills was a beautiful and exciting thing,” she said.

Feminism is also a central theme of Cannon’s art, who said she enjoys playing with the idea of how women’s bodies are consumed online by taking a conventionally sexualized part of the body and magnifying or multiplying it until it becomes something almost repellent to the viewer.

A little viewer discomfort is okay with her:

“I did this video collage [two years ago] and it was just a ton of breasts,” she told me when we sat down to talk at Day for Night. “So many breasts, floating in this liquid. Nothing but breasts of all different sizes and shapes. And I remember showing it to a lot of my male friends and a lot of them feeling really revolted and uncomfortable by it, and it was just a bunch of breasts. And I remember that feeling like, ‘Mission accomplished.’”

Liquid is integral to Cannon’s pieces, she says.

With it, she strategically reveals the parts of a person she wants to be seen, having the curvature of someone’s leg and hip or a face or a hand poke up from a pool of water rendered opaque by color.

The use of liquid is something she gave a lot of consideration when making the 11-minute video piece she showed at Day for Night, her longest video project to date. Cannon said the recent trauma of Harvey was on her mind when putting the project together.

FUTURE OF HER opening tonight/up for a month at #GaleriaMelissaNY. Featuring work by @signepierce @mutira and yours truly ✨✨✨ curated by @kelseybennett_66 and Rémy Bennett for @melissaoficial // See for yourself at 500 Broadway

“Being an artist who works in liquid and coming to show something in Houston, its obviously something you need to be very sensitive of, and I’ve been thinking a lot about that in creating this piece and what that means,” Cannon said during our interview.

Cannon further said she usually shoots a model, whether they be a friend or herself, lying in water almost completely submerged.

However, she said she worried about how that would come across:

“Here, having bodies in water means something very different, and there’s a trauma there that’s very recent.”

Instead of her usual style, Cannon enlisted the help of a group of New York based performance artists and director Sara Kinlaw to create a colorful, upbeat piece that was projected onto the side of the old Barbara Jordan Post Office Building, now known as Post HTX and Day for Night’s main venue.

Because of its placement, its one of the first things people arriving to the festival at night saw:

“I wanted it to feel like a welcome as people came on site, and not something that felt destructive,” Cannon said.

Instead of working with dyed water, Cannon used a silvery substance, which looks something like melted hematite rock, adding to the glittery, surreal feel of the piece.

She said she also became a fan of the fact of how it could only be seen at night:

“It can only live when the sun goes down, so its very much a celebration of the night and the space.”

Tonight! I invite you to enter the wavy world of "Overflow", a new video premiering at @dayfornightfest. I am so thrilled to be a part of this unique celebration of music and light. Will you be there? Come dance with me and pay tribute to my otherworldly friends, @kinlawww @tjtarajo @okkathleen and @kelliandelice. ✨ Styling by @onepiecemaurice. Love and thanks to @kong.desiree @chancetheryan @manabsmt and @alexczetwertynski 💜 #dayfornight

Day for Night marked the tail end of an art tour that’s taken her from New York to Florida to Houston and included a residency at Florida’s Mana Contemporary art space, where she performed her first live show, an experience she described as both rewarding and scary.

During her performances, Cannon performed live what usually takes hours of time to meticulously shoot and edit; she would hold her breath for around a minute, gradually revealing parts of herself from beneath the surface of a pool of opaque water after people entered the room – something Cannon said viewers weren’t sure how to process:

“Very few people would actually take their phones out,” she said of the performance. “In this space where everyone is constantly using their phones to record and take photos of everything, that was really surprising,”  adding that the performance “had an impact that maybe I haven’t been able to give people before.”

Status: a few clips documenting my performance at #FLATLANDBSMT during Miami Art Week. Thank you to everyone who came and supported me as I tried something new. Being surrounded by so many inspiring artists and encouraging friends is what keeps me going, and I can't express how grateful I am for every single one of you. Curated by @gracefranck. Cinematography by @_davyboi. Huge thanks to @chromat and my mom for not diving into the pool during the more intense moments.

Cannon said she wants to continue bringing her work off the screen an into the real world, something she thinks can forge a stronger emotional connection with the viewer.

Her future plans are focused on more collaborative projects, like the one she undertook with musician Moses Sumney for his “Aromanticism” album, and exploring different artistic mediums like interactive sculpture.

“I just want to try everything,” she said. “I want to tell stories and create experiences for people and we’ve never had as many ways to do that as we do today.”

RELATED: Lines of Light: The Images of Shanley Ramdeen

In order to do that, she said she needs to keep pushing her own boundaries and resist the lure of becoming creatively complacent:

“I think feeling uncomfortable is one of the best feelings you can have as an artist. The moment where you’re kind of scared is usually right before something really amazing will happen.”

Cannon said she planned to turn her phone off until 2018 and recharge after Day for Night ended earlier this month, but she’s also excited for what the coming year will bring. After being surrounded and inspired by so many artists and their work, Cannon is “extremely exhausted, but also super excited and hyped up.”

“Hopefully next year will be full of lots of uncomfortable moments,” she laughed.