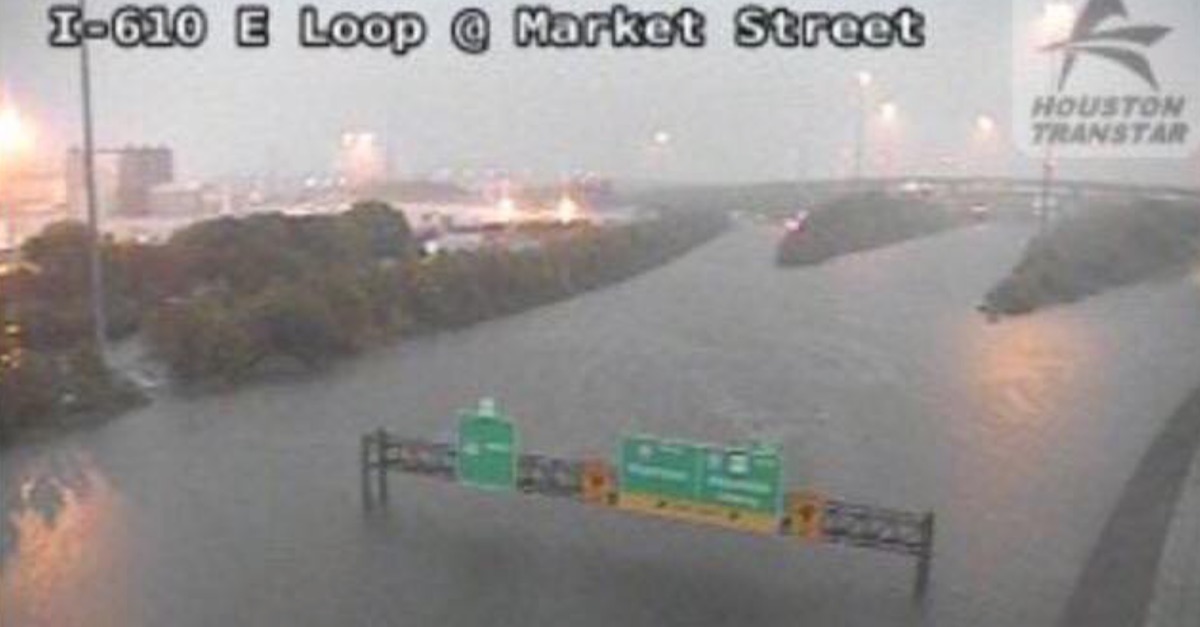 Update 12:36 p.m.: Reports indicate that the death toll has risen to at least five in Texas, which will continue to battle rain and serious flooding threats in the coming days.

Update: 11:44 a.m.: The National Weather Service has described this event as “unprecedented.”

This event is unprecedented & all impacts are unknown & beyond anything experienced. Follow orders from officials to ensure safety. #Harvey pic.twitter.com/IjpWLey1h8

Update, 7:14 p.m.: the Austin American-Statesman reported that Harvey has “stalled” over Southeast Texas, an area the storm is expected to remain, generally, over the next several days.

Meteorologists warn that the persistent rains may result in “devastating” flooding.

The Austin American-Statesman, however, is reporting at this time that one person is confirmed dead. Texas Gov. Greg Abbott (R) had said just an hour or so earlier that he was still waiting for confirmation of fatalities.

Texas Gov. Greg Abbott says there is no confirmation of fatalities from #Harvey yet. https://t.co/Chn96PeBX0 pic.twitter.com/aPs86gtOzX

Although Hurricane Harvey has been downgraded from a Category 4 to a Category 1 storm, the fallout in Texas has only just begun.

The “Lone Star State” is now bracing itself for extreme flooding conditions in the coming days. More than nine inches of rain has fallen in South Texas.

Harvey made landfall about 10 p.m. Friday east-northeast of Corpus Christi as a Category 4, with winds in excess of 130 mph.

RELATED: Babies Evacuated as Precaution Ahead of Harvey

But wind speeds quickly weakened and by early Saturday, Harvey was downgraded. It continues to produce gusts of up to 120 mph and sustained winds of 90 mph. The National Hurricane Center warns of ?catastrophic flooding? over the next few days.

The Associated Press Contributed to this report. Stay tuned for updates.