Menu
Follow us
Search
Menu
Search
Texas Rep. Dawnna Dukes was offered a plea deal in which charges against her would be dropped if she resigned. The deal has since been revoked. Credit: CHARLIE PEARCE/TEXAS TRIBUNE

Spiritual soul-searching comes at a high cost these days — just ask Texas State Rep. Dawnna Dukes, who spent $51,000 out of her own pocket on an online psychic.

The bizarre expense is just part of the list of things stacked against Dukes, and was part of the court filing by the prosecution in her upcoming corruption case set for an Oct. 16 trial date.

The Democrat is specifically accused of using taxpayer dollars to give a raise to the aide who drove her daughter to and from school.

RELATED: Rep. Dawnna Dukes has until the end of today to resign

According to the Associated Press, the court filing is meant to inform the defense in Dukes’ case of the allegations to be used against her in the trial, but she won’t face charges connected with them. Charges include showing up to court on medication and hiding a cell phone from investigators.

“Under Texas law, the state is required to give notice to the defendant of any evidence, not arising from the same transaction as that on trial, that the state might attempt to introduce to prove motive, opportunity, intent, preparation, plan, knowledge, identity, absence of mistake, or lack of accident,” District Attorney Margaret Moore said in an interview.

Dukes reportedly paid around $1,000 per week for the psychic consultations from December 2014 to January 2016. Since the filing didn’t specifically say Dukes paid for them with tax dollars, its assumed she paid for it herself.

She said she would resign in January citing medical concerns, and was offered a plea deal pertaining to the felony charges if she did so, but she changed her mind.

Dukes was recently sworn in for her 12th term, where she represents District 46. 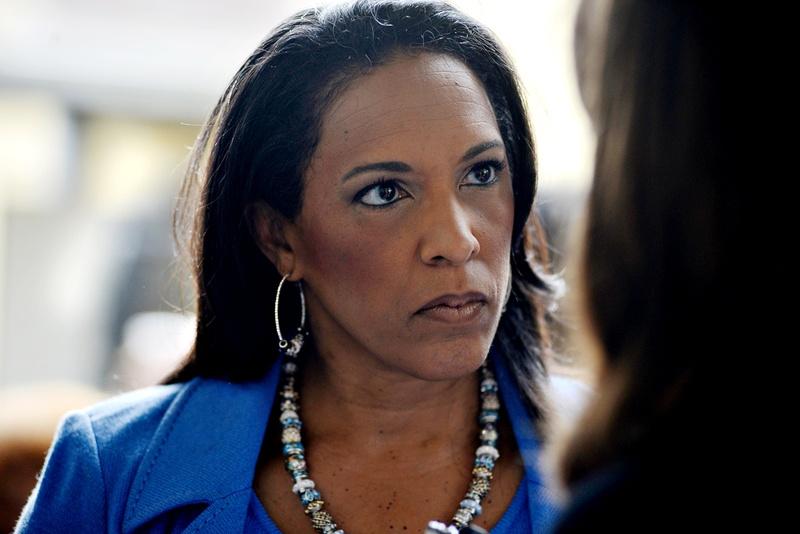