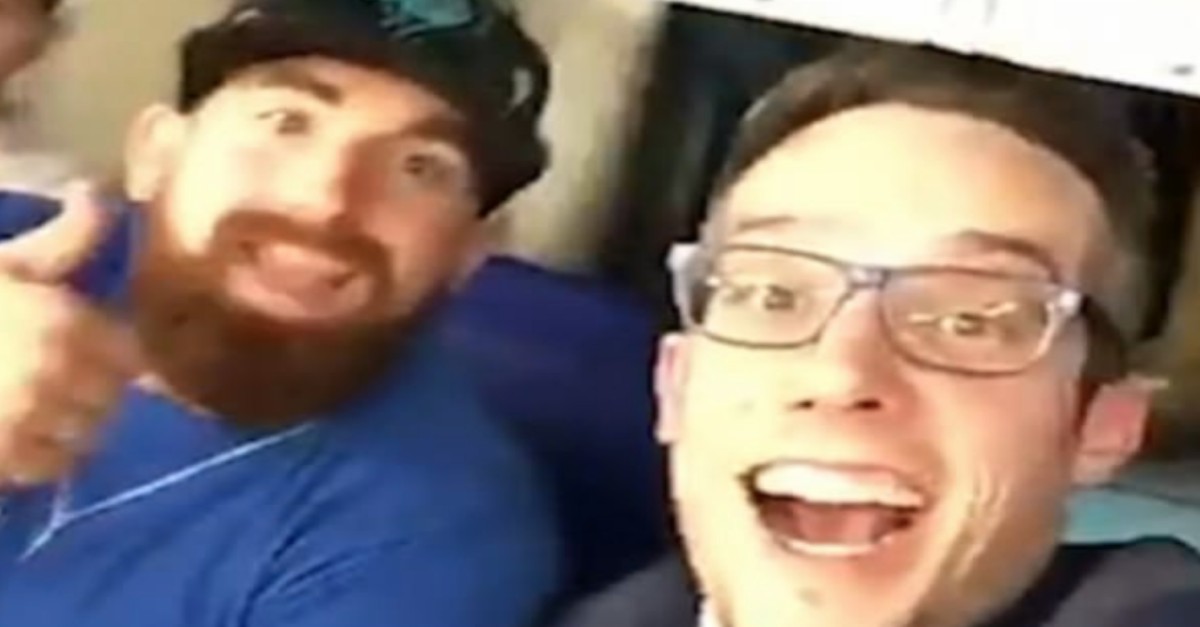 He used an old work ID and ratty earphones, and put on a dark suit and tie. Then, Paul Beckman walked right into Dodger Stadium for Game 2 of the World Series–without a ticket–because he was dressed as a security guard.

RELATED: The YouTube prankster who ran across the field during the World Series plays ball in court

The gutsy Astros fan, who lives in Los Angeles, had to find a way into the sold-out game on Oct. 25. And to say his disguise worked, well, that would be putting it mildly.

The salesman used his skills to talk his way into the park–and then, naturally, had a blast.

He watched the game from a suite with the guys from YouTube sensation Dude Perfect. And then he found a seat behind home plate.

Of course, the daredevil documented the entire experience on social media.

RELATED: Rob Lowe tweets his dismay with the sport after the Astros take the World Series — but is he right?

Curiously, Beckman did not stay for the entire game, which ended with an extra-innings Astros win. But he was seemingly satisfied with his accomplishment nonetheless.

“If you don’t see me snapchat ever again, it’s ’cause I died, because all of my luck is literally gone,” he says at the end of his video.