A pair of Houston Astros fans have been banned from bringing their giant-sized Jose Altuve head into Dodger Stadium during the first two games of the World Series. Jimmy and Barbara Moon attempted to bring the Altuve “Fathead” into the stadium, but were turned away at the gate by security guards.

Dodger Stadium policy prohibits fans from bringing in “banners, signs, and flags,” so the Moons were forced to leave their giant Altuve head behind as they entered the stadium.

“It was just killing me,” Barbara Moon told a Houston TV station. “I’m rooting for the Astros with my heart and my voice, but I would really love to take my signs in.”

When he was asked how big a part of his ability to express his Astros fandom was tied up in his signs, Jimmy Moon answered, “I think it’s really important.”

“I think even the players expect it,” he continued. “They love the support that the fans show, and this is one of our ways to show them that we really love them.”

With the series currently tied at one game apiece, and the next three games scheduled for Minute Maid Park this weekend, the Moons will be able to bring their signs and cheer for the Astros.

Like most Astros fans, the Moons are quite likely rooting for an Astros sweep. Not only would that mean that the Astros would have earned their first World Series title in franchise history, it would mean that they will no longer have to contend with Dodger Stadium and their restrictions on fans’ freedom of expression. 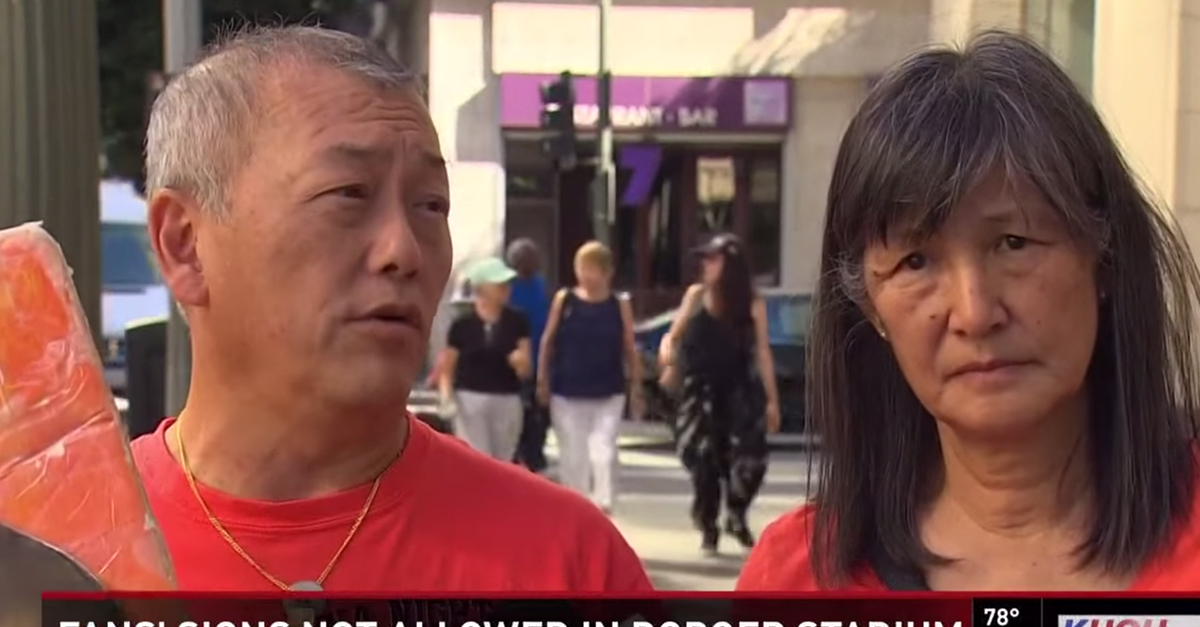