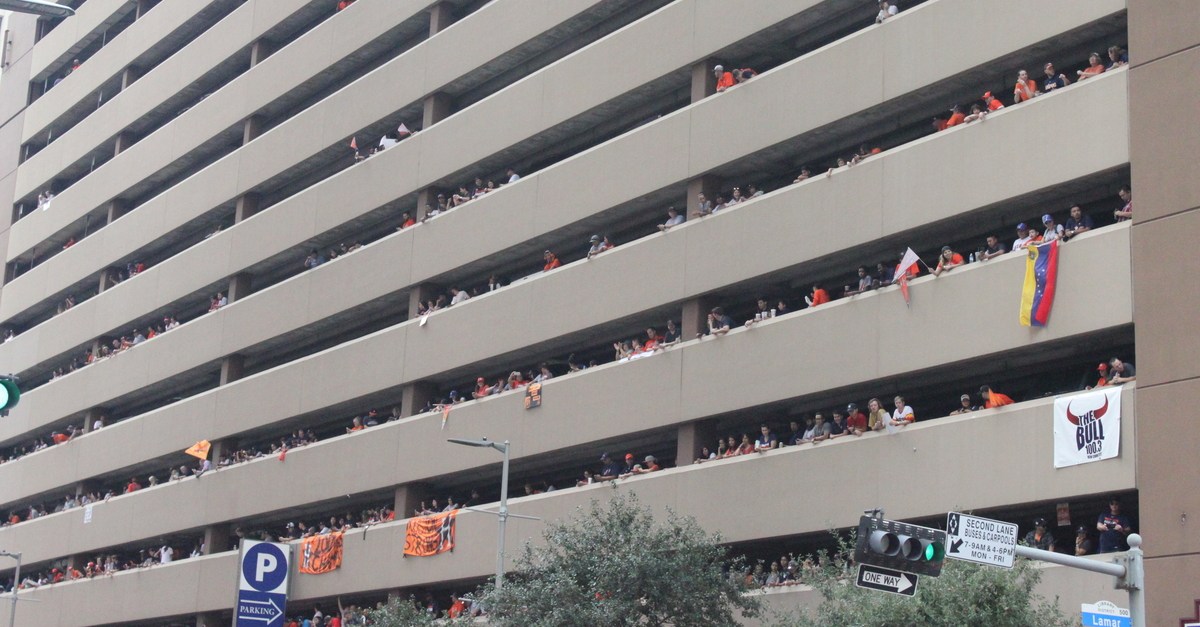 As fans lined up ten rows deep for the start of the Astros World Series Parade Friday, parking garages overlooking the parade route filled with spectators who proved Houston never, ever gives up — not even an Astros baseball cap.

RELATED: History earned — a city, a team and the trophy decades in the making

The cap was caught below, and fans began tossing it back up the parking garage — one level at a time.

Not every toss was a success, but each time the hat fell, there was someone there to try again.

Finally, the hat made it back to its owner, who did a little dance for the crowd.

The event was captured from several angles below. In each shot, you really get of Houston’s strength in community.

WATCH: FANS at the @astros PARADE return this dropped hat in the most THRILLING WAY!#HoustonAstros #HoustonAstrosParade #WorldSeries pic.twitter.com/c91511NODx

Astros fans rally together to return a fallen hat to its owner. 👍👍👍

Astros fans working together to return a hat that fell 7 stories is the greatest pic.twitter.com/nZOyi3G17y