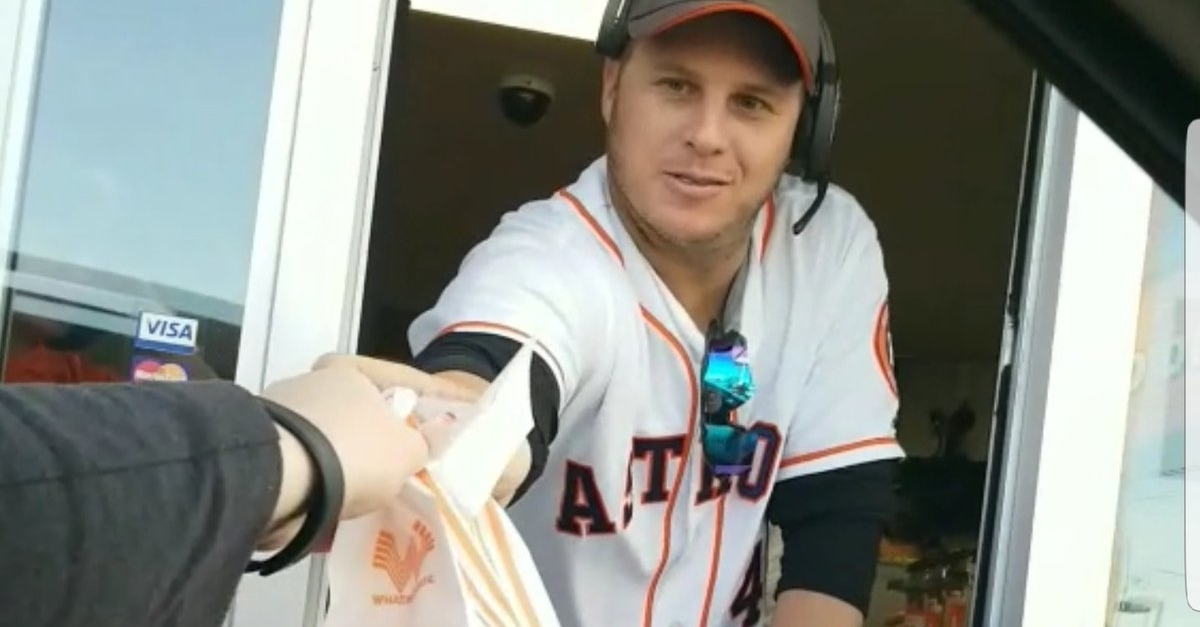 The Houston Astros are reportedly touring Texas following their historical World Series win as part of the Astros Caravan Tour.

For the players, however, it’s not all autographs and photo-ops — they’re getting their hands dirty, too.

For a few lucky baseball fans in San Antonio, life reportedly played out perfectly for a few moments this week when their Whataburger favorites came served by a beloved ball player.

Astros’ relief pitcher Brad Peacock — whose stellar World Series performance is etched into fans’ memories — subbed in for the drive thru employees at a Whataburger where they reportedly met fans.

The only thing better than getting Whataburger is getting it served by @astros World Champion @BradPeacock41 pic.twitter.com/C46bTKwgVc

Astros officials said players began their tour across Texas on Wednesday and reportedly returned to Houston for Astros FanFest Saturday.

FanFest came offered to fans for free, but you needed to print out a voucher to attend.