Will the “SI Cover Jinx” doom the Astros’ post-season hopes? 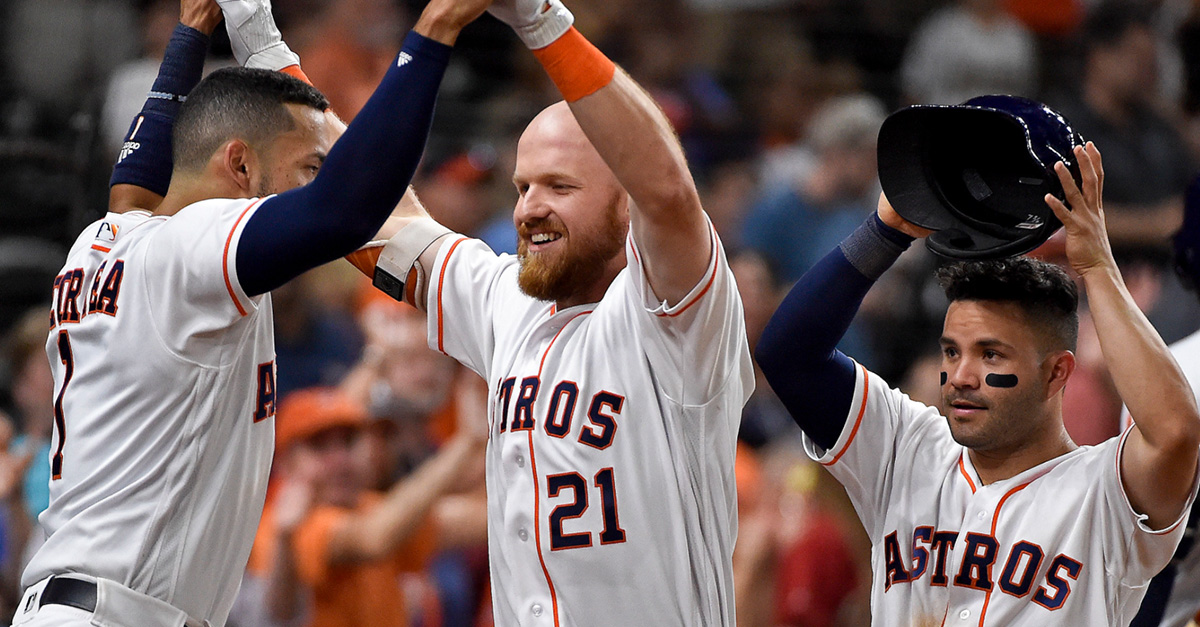 In June 2014, the cover of ?Sports Illustrated? boldly predicted that the Houston Astros would be ?Your 2017 World Series Champs.? With their first American League West crown firmly in place as of this weekend, and their current pursuit of the Cleveland Indians for the best record in the league with two weeks to go in the season, the magazine’s bold prediction could possibly come true this October.

The cover featured then-rookie outfielder George Springer, who has hit 32 home runs so far in the 2017 season. The article also mentions talented up-and-coming players such as Jose Altuve, who won his second AL batting title last year with a .338 average, and prospect Carlos Correa, who won the 2015 AL Rookie of the Year Award.

However, the dreaded ?SI Cover Jinx? has also visited the Astros in numerous ways throughout the season. Correa missed nearly two months with a torn ligament in his left thumb he suffered in July. Pitching ace Dallas Keuchel has had chronic neck problems since May. Right fielder Jake Marisnick is nursing both a broken right thumb and a concussion.

The Astros record has also suffered since the All-Star Break. Before the break, the Astros had the best record in the majors at 60-29. Since then, they’ve been 31-29. While their mediocre second-half performance was enough to win the dreadful AL West, it may not be enough to catch the surging Cleveland Indians for the best record in the AL. If not, the warm-weather Astros may be forced to start the American League Championship Series in chilly Cleveland.

Of course, that assumes that the Astros even make it that far. The team hasn’t reached the league championship series since 2005, when they beat the St. Louis Cardinals in the NLCS, only to get swept in the World Series by the Chicago White Sox.

Out of all the major sports, baseball is the one most rife with superstition. This October will reveal if the ?SI Cover Jinx? is real, or if it goes the way of Chicago’s ?Billy Goat? and Boston’s ?Curse of the Bambino.?