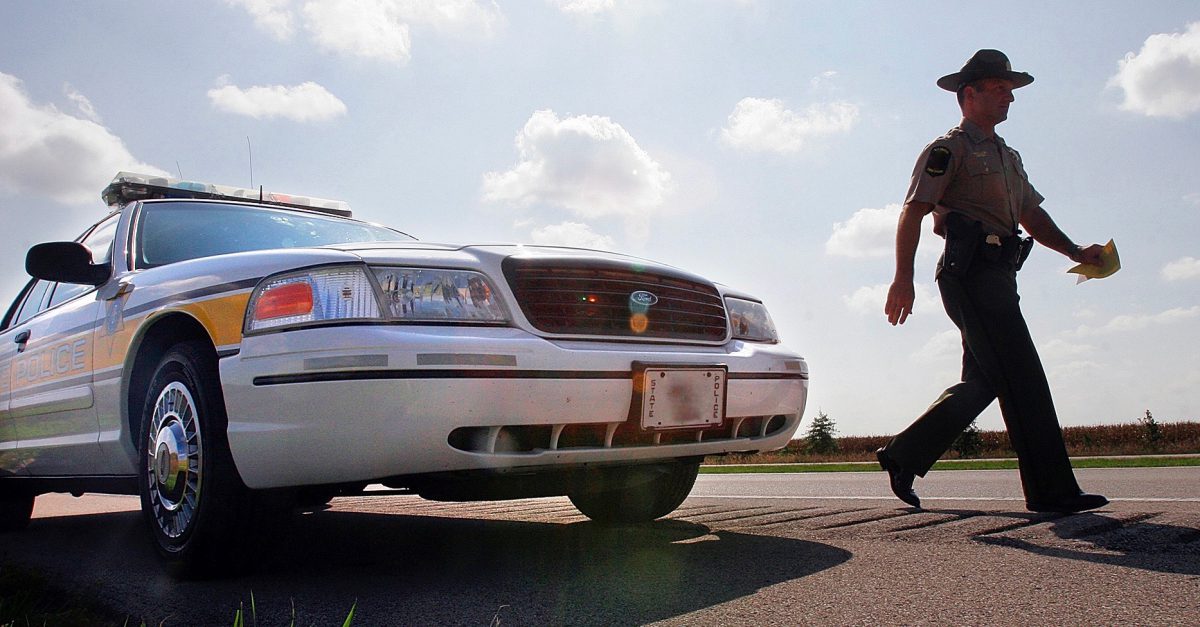 AP Photo/Seth Perlman, File
FILE - In this Sept. 15, 2006, file photo, Illinois State Police Officer Sgt. Mike Vorreyer walks from his patrol car to issue a ticket for speeding to a driver on Interstate 72 near Jacksonville, Ill. While the state's sinking fiscal condition has forced belt tightening throughout the state capital in the past two years, the Illinois State Police has spent nearly $8 million to put 300 new vehicles on the road and not a penny of it from tax dollars. (AP Photo/Seth Perlman, File)

When flashing lights appeared behind Nathan Doyle, he never suspected the officer who pulled him over might be fake.

“He never said his name, never said where he was from, all he said was he was a deputy,? Doyle said in an interview with KHOU. “He had a pistol on his side, he was in all black.?

Doyle was pulled over on Highway 321 near FM 1008 in Dayton on Saturday at around noon.

On Monday, Liberty County authorities issued a warning about a man impersonating an officer in the area northeast of Houston. In addition to this most recent incident in Liberty County, two other reports were called in near Splendora and Roman Forest.

Unsure of the man’s intentions, Captain Ken DeFoor of the Liberty County Sheriff’s Office said he maintains some concerns:

The person of interest is described as a white man in his 30s, approximately 6-feet tall, possibly driving an older model white Ford Crown Victoria.