Buffalo Bayou Park is knowns for its scenic views of Downtown, winding trails for walking or biking, lush picnic spots and the Waugh Street bridge, which is home to a colony of bats who take flight each day at dusk.

The Mexican free-tail bats are popular with both locals and tourists, who gather to watch the bats in their ascent into the night.

The bats are considered safe, though the posted instructions near the bridge offer tips on how to avoid an encounter with a bat, such as avoiding their direct flight path.

However, for one Houston woman, turns out none of those tips could have saved her from contracting rabies.

Katie Koenig was in the parking garage of an apartment complex on Memorial Drive near Downtown last Thursday night when the bat attacked and bit her.

“It was about the size of a frog,” Koenig said in an interview. “I felt it hit my hand, and I flung it away.”

After snapping a photo with her phone, she realized that the creature was a bat.

She then saw that her hand was bleeding and knew she’d been bitten, describing the feeling of the bite like “tiny needles.”

Firefighters arrived on the scene and trapped the bat, who later, unfortunately, tested positive for rabies.

Now Koenig must face expensive rabies treatments, which are a hardship since she does not have insurance to help.

“I was told the first treatment was $4,000 and I need a series of treatments over a series of weeks,” she said. “Plus hospital visits on top of that.”

Authorities aren’t sure if the bat came from the colony living under the Waugh Street bridge because Houston does have other pockets of bats around town.

Despite this rabies incident, bats are typically harmless and beneficial to the ecosystem.

The bats at sunset at Buffalo Bayou in Houston. pic.twitter.com/yVAagWPeRA

According to officials, 20-40 bats in Houston test positive for rabies each year, but according to the Centers for Disease Control, only one or two people die from the virus annually. 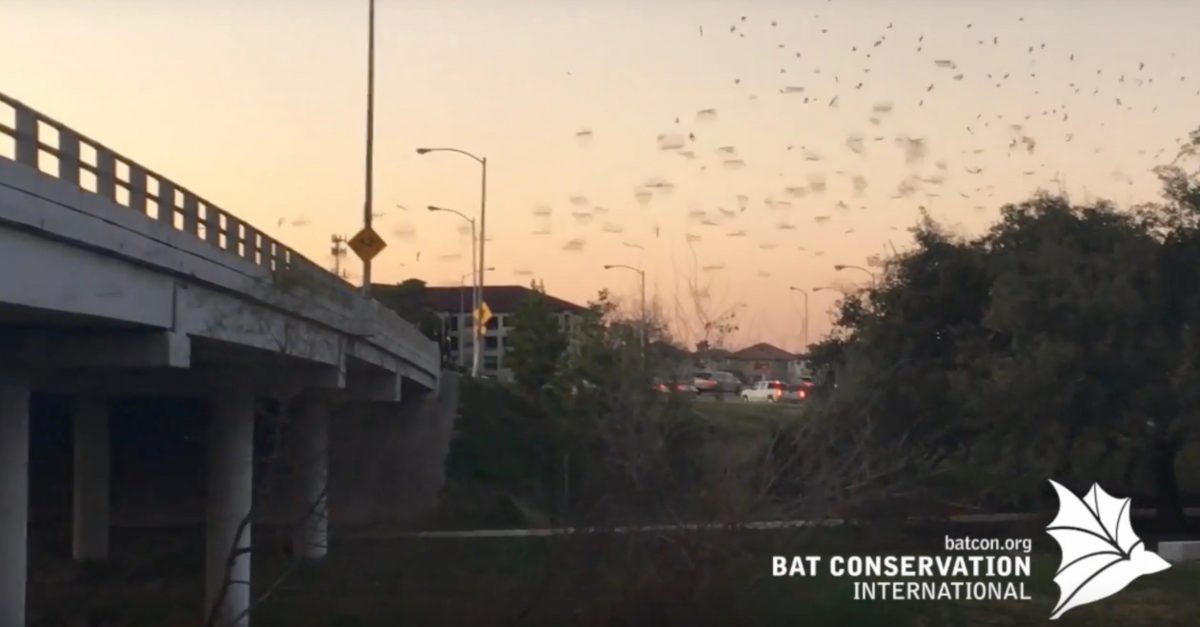