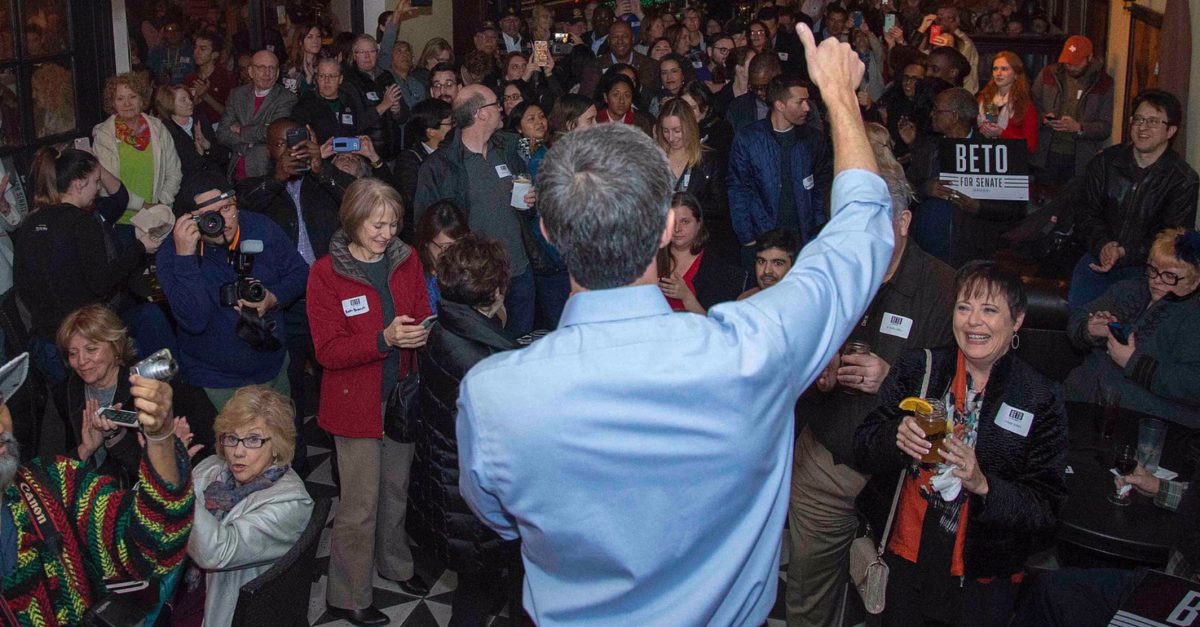 Over 300 people came out to The West End bar and grill for U.S. Rep. Beto O’Rourke’s Houston campaign event to show support and hear more about his political views as he makes his run for the U.S. Senate.

The event was hosted between stops on the Democratic lawmaker’s “Town Haulin’ Across Texas” tour, a series of town hall-style meetings in Texas’ 254 counties in an effort to unseat Republican U.S. Senator Ted Cruz.

O’Rourke recommitted to his pledge not to take any money from political action committees in his run against Cruz, appealing supporters to help him raise the money necessary to make his political bid a success.

He took questions on the issues and engaged with the crowd after opening remarks, enumerating his stance on issues like veterans’ benefits, health care and immigration.

O’Rourke will also host a live stream event at several locations around the state Jan. 13, corresponding with the opening of his Houston campaign headquarters.

RELATED: Rep. Beto O’Rourke lights up Jess Sessions for his stance on marijuana