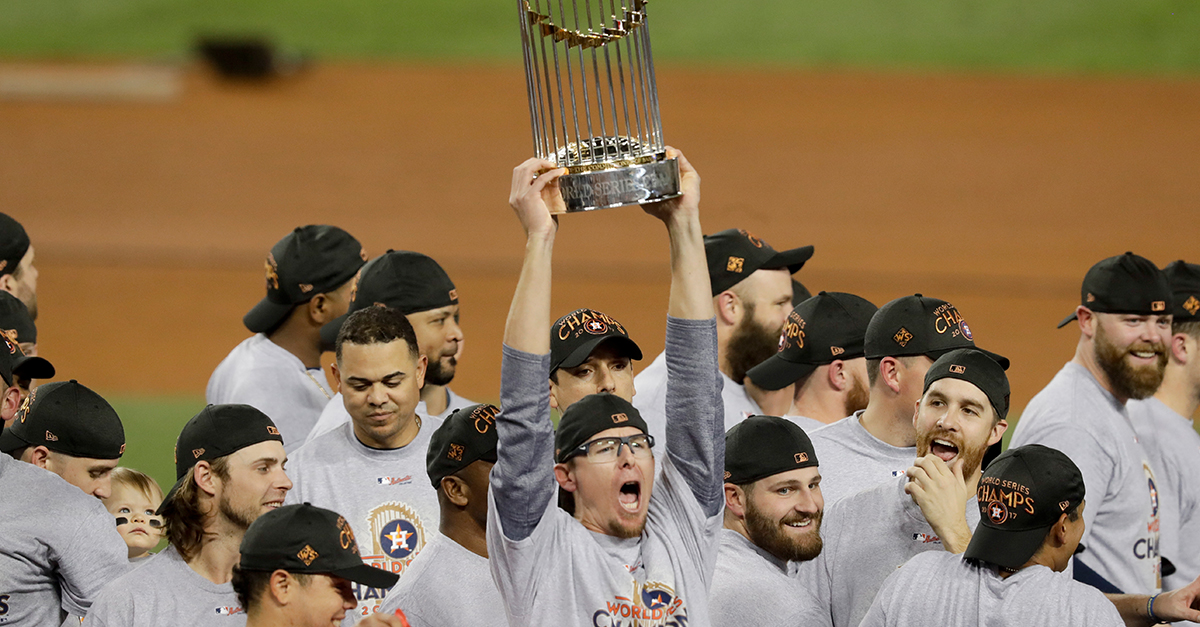 Buzzfeed chose the oddest way to announce that the Houston Astros had won the World Series.

Clutch City took the Los Angeles Dodgers in a hard-fought 7 games, but you’d never know that from an article posted by a Buzzfeed reporter located in Los Angeles.

The article’s summary says only that they lost to a team located 1,500 miles east of Los Angeles.

Not naming Houston, they just inserted this gif:

Even Dallas had something nice to say when we won:

RELATED: Astros’ World Series win has a romantic ending for Carlos Correa and his girlfriend

Thank you, Dallas! Truce until Sunday?