If the Knicks can trade him either to the Cleveland Cavaliers or the Houston Rockets, New York Knicks forward Carmelo Anthony is reportedly considering waiving the no-trade clause in his current contract.

ESPN is reporting the 10-time NBA All-Star would consider a trade to either team.

Paul also expressed interest in playing with Anthony, according to ESPN.

Additionally, the Knicks and Clippers reportedly discussed a trade to bring Anthony to Los Angeles, if Paul stayed a Clipper.

RELATED: The Houston Rockets are getting a few new players, but one may have to pick a new number – and nickname

The Knicks parted ways with Jackson last week, and are now attempting to get a substantial amount of talent, either in current players or future draft picks, in exchange for Anthony.

If Anthony were to land in Houston, he would join Paul and Most Valuable Player runner-up James Harden to create one of the more formidable lineups in the NBA.

With Paul at point guard, Harden at shooting guard and Anthony at small forward, Houston could finally be on a playing field to compete with Western Conference powerhouses San Antonio and defending NBA champion Golden State for a spot in the NBA Finals next season.

RELATED: Houstonians pridefully celebrate June 22 – the day in Rockets’ history when their hometown went from choke to Clutch City

Prospective glory aside, two major barriers are blocking the trade before this “Dream Team” can become reality:

First, Rockets General Manager Daryl Morey is not looking to engage in more trade talks for a high-priced veteran player.

Secondly, Anthony’s other desired destination, the Cleveland Cavaliers, played in the NBA Finals the past three years.  Not to mention, home to King LeBron James. 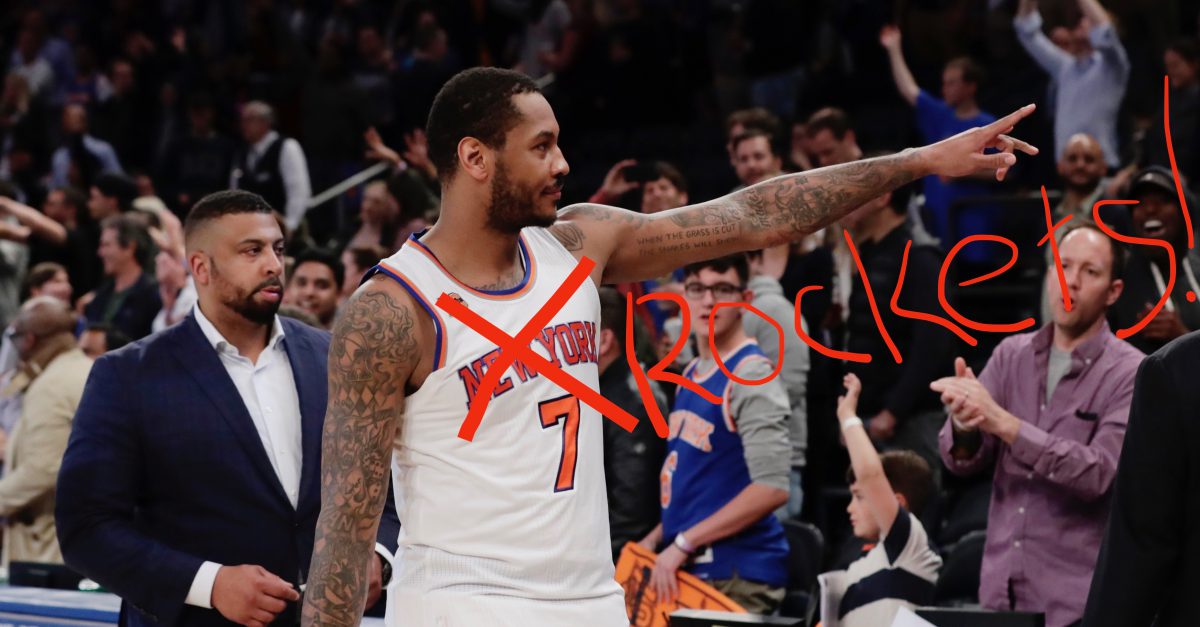