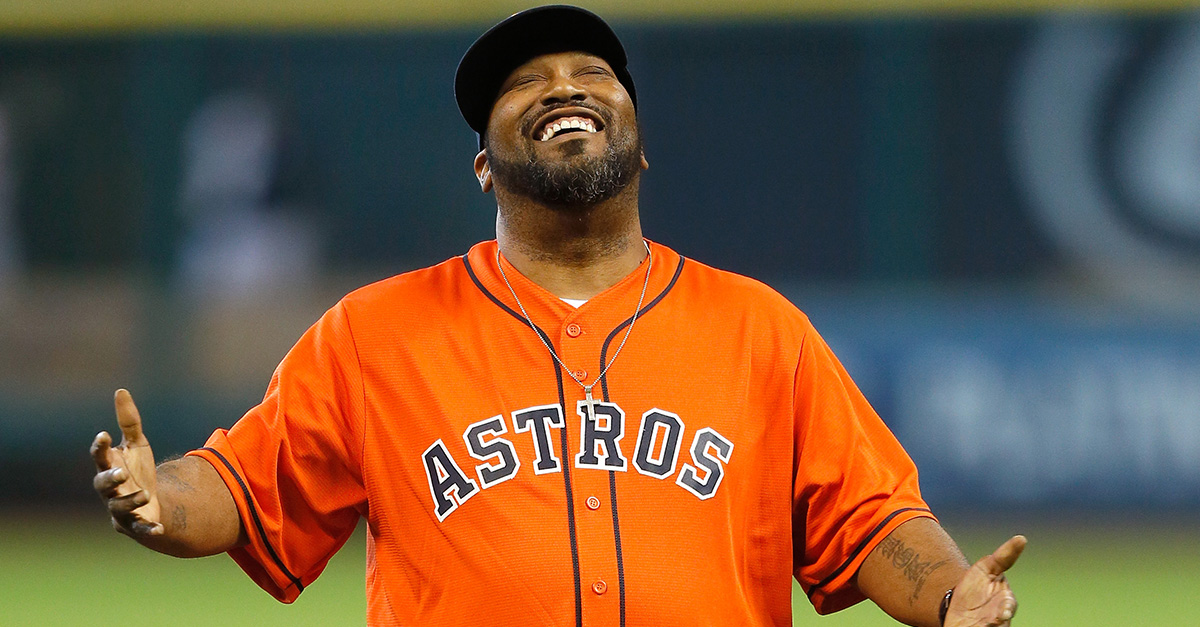 As the Houston Astros march through the Major League Baseball playoffs, the Texans begin their season under a promising rookie quarterback, and the Rockets blast off with new point guard Chris Paul, Houston sports fans have many reasons to celebrate this month. Many top-name celebrities are among those with rooting interests in Houston’s home teams.

The Queen B grew up in Houston, went to school in Alief, and loves her Houston teams. At one point, she was rumored to be part of an ownership group looking to purchase the Rockets, just as her husband, rapper Jay-Z, had a minority stake in the Brooklyn Nets. If the Astros meet the New York Yankees in the American League Championship Series, it might be a tense time for Astros fan Beyonce and her Yankees fan husband.

Speaking of rappers, the Houston-based rapper/Rice University professor has been a ubiquitous presence at local sporting events. He even wrote a song, “Crush City”, to celebrate the Astros’ 2015 playoff appearance. However, some fans have linked Bun’s appearances to the team’s misfortunes, as a fan started a petition to “Ban Bun B from Houston Sports.”

The filmmaker behind “Dazed and Confused” and “Boyhood” grew up as an Astros fan. He earned a baseball scholarship to Sam Houston State University and made his latest film, “Everybody Wants Some”, based on his experience on a college baseball team in the early 1980s.

The “Big Bang Theory” star and Houston native is such a big Rockets fan, he once made a YouTube video and begged then-free agent Dwight Howard to join the team. Parsons is also, like most Houstonians, a big fan of J.J. Watt and the Texans.

That little old band from Houston, Texas, got their start at Rudyard’s Pub in Montrose, and still call Houston home. Dusty Hill, Billy Gibbons, and Frank Beard all have Rockets season tickets. However, they have yet to confirm if they were the inspiration behind James Harden’s equally-famous beard.