The high rise at 801-803 St. Joseph’s Parkway in Downtown stands out from the rest.

Long vacant, the building is coated with graffiti, and many of its windows are broken out or covered with sheets of plywood.

RELATED: Driver plows into Pappa’s Bar-B-Q in Houston after striking SUV and pedestrian

Once a hotel that delighted guests with views of Downtown, the building now mars that view.

The city of Houston is now demanding that the owners of the high-profile building take steps to secure the property, which city inspectors and public works engineers have deemed “dangerous.”

The city wants the building’s owners to clean up the graffiti, provide 24-hr security, block entrances with cinder blocks, and repair the broken windows.

According to Mayor Sylvester Turner’s office, the owners have two to three weeks to make the upgrades.

The mayor’s office added that the building has continued to be a problem for the city, even after they issued 20 citations to the owners. The city is now looking into legal actions.

The property owners told KHOU that their plans for the site include an $85 million development that will be Holiday Inn’s first triple brand hotel. However, they’re having trouble getting financing for the project.

Building co-owner Nasier Nadeem, M.D. said of the required upgrades, “We would like to have a commitment from the city for financial help.” 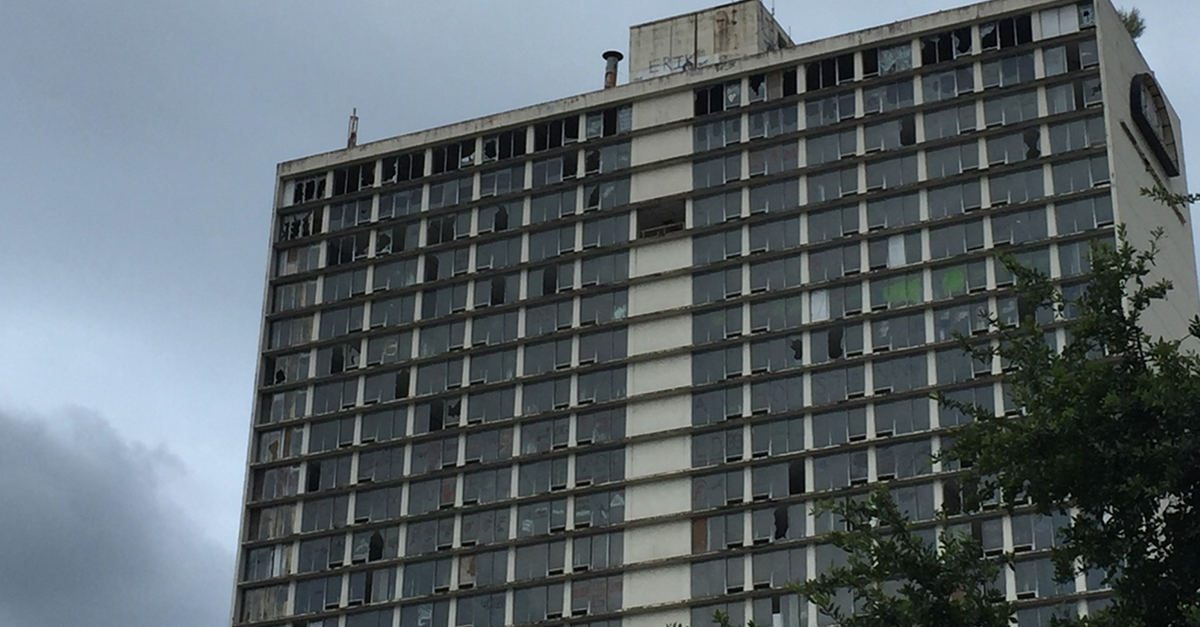