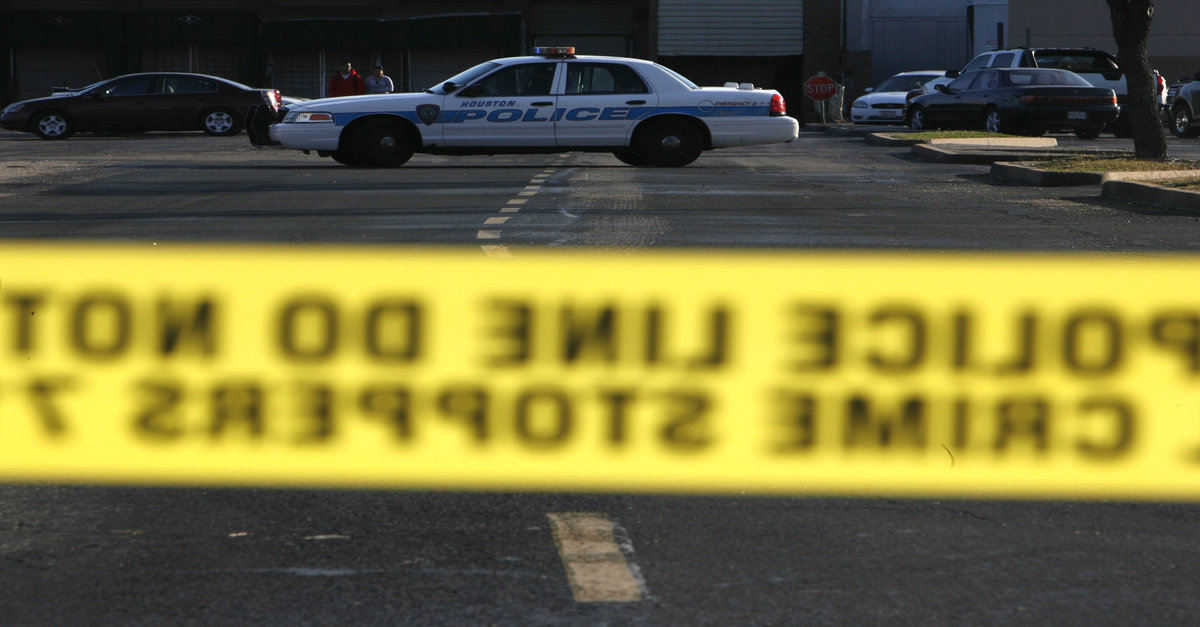 AP/Sharon Ellman
Police taped off a portion of a parking lot behind Sharpstown Mall on Thursday, Dec. 4, 2008, in Houston. Two men were expected to survive after having been shot Thursday in a drug-related shootout at an apartment complex across the street from a mall, police said. The shooting was initially reported as an attempted carjacking in the mall's parking lot. But investigators later determined the two unidentified men were injured during a gun battle involving up to five people inside an apartment at a complex across the street from Sharpstown Mall in southwest Houston, said Houston Police Capt. Bruce Williams. (AP Photo/Houston Chronicle, Sharon Steinmann )

A relative found the body of a woman in north Harris County Monday afternoon.

Karen Stewart had suffered “unknown physical trauma” when she was discovered at a home in the 6700 block of Seegers Trail Drive at about 5 p.m.

RELATED: Two men charged with capital murder of a mother at Houston gas pump due in court

Just hours later, Stewart’s boyfriend was found dead in Waller County. Authorities say the man, who has not been identified, may have died from a self-inflicted gunshot wound.