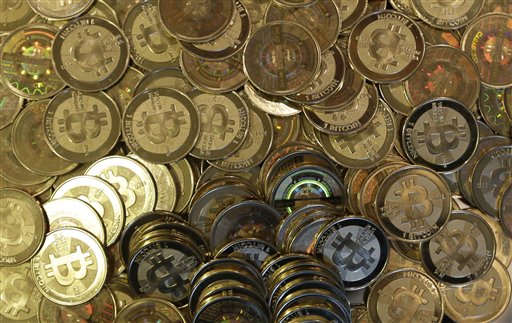 Cryptocurrency may be a complicated subject to most, but this reportedly isn’t stopping some Houston residents, incuding Anne Pedigo and her son, from turning it into a business through the process known as crypto mining.

The process of the blockchain algorithm used in the electronic currency, which began with Bitcoin, since produced a wave of similar currencies, like Etherium, Litecoin and even Dogecoin – pronounced “doggy coin” and named after the popular internet meme.

Very money. Much cryptocurrency. Such amaze. Meet dogecoin, the cryptocurrency that started as a joke. https://t.co/aTDkZ2B0VR pic.twitter.com/vCS6tDidHr

Analysts say popularity of cryptocurrencies and their rising traction in the marketplace is attracting people who engage in the practice of crypto mining: dedicating their individual processing power to strengthening the blockchain system by adding themselves onto the network.

Earning a return on their efforts, industry crypto miners say they are rewarded with digital currency, such Bitcoin, which they can use digitally, just like with paper money, to do anything from paying bills to buying things online, as long as the business in question accepts cryptocurrencies.

In a piece for the Houston Chronicle’s Techburger page, Dwight Silverman interviewed the Pedigos, breaking down how use of their home computer rig turned into to getting paid for mining cryptocurrency, trying to make their own little pile of gold from what they described as “digital straw.”

This is the most fun I’ve had working on a story since I returned to writing about tech. https://t.co/gtLPyVyYzN

The Pedigos said their rig uses almost 30 computer graphics processing cards arranged in wood and metal frames to run through the mathematical acrobatics necessary to process the ever-growing and ever-more difficult formula of the blockchain.

As the value of cryptocurrency goes up, more and more people appear to want in on the action, with high-end graphics cards beginning to sell out online and people draining stocks in efforts to build their own crypto harvesting machines.

In addition to what they make mining, the Pedigos said they started a business selling ready-built mining rigs to other people interesting in doing it themselves; according to the Chronicle piece, the business started with a Craigslist ad, booming from there.

The reason graphics cards are so important to the process of crypto mining is said to be because of the images they generate when used in gaming require number-crunching power perfect for working on the blockchain of a currency, like Bitcoin.

The more cards you own, the more processing power and the faster your system can work.

Miners, like the Pedigos, say they crunch away at equations with their machines, generating new pieces of cryptocurrency once their rigs solve enough equations, producing new crypto coins.

As companies work to mainstream the various forms of mining, more people are joining the network, making the transactions on the blockchain more complex and difficult to solve, all of this meaning generating new coins takes longer.

Bitcoin is so huge at its current popularized level, they reportedly take a specialized processor with even more power to mine.

Right now, industry reports show a majority of people are mining Ethereum, which offers a present, yet volatile and unstable, U.S. dollar value of around $800 per ether, or unit of currency.

Despite the uncertainties, Houston high-schooler Charlie Yates told the Chronicle he managed to make a bit of a profit from his small Ethereum mining practice:

“I cashed out and bought a pair of earbuds I really wanted,” Yates said in an interview on his craft. “They were $700 and had a built-in subwoofer.”

Houstonians, like the Pedigos and Yates, joining individuals and companies around the world in the world’s latest “gold rush,” are holding out faith in cryptocurrency, saying they’ll continue to mine, and, if one currency doesn’t work out, they’ll switch to the next:

“This may not be the currency that survives into the future,” one miner said, “but it definitely is the future.”

RELATED: Regulators are going to have to figure out what Bitcoin is real quick before it hits the Chicago mercantile exchange