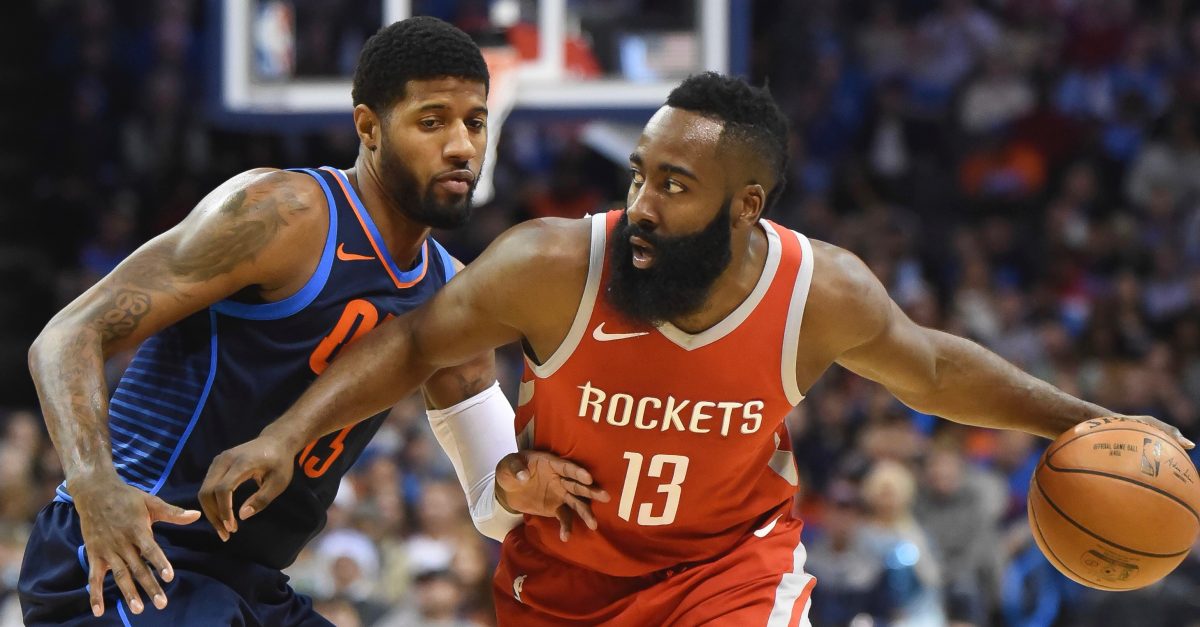 Earlier this month, Sports Daily columnist Kevin Sherrington wrote “…from the looks of the standings, it sure looks like Houston’s ahead these days,” in a new piece, and Houstonians are probably inclined to agree with him.

RELATED: Will Carmelo Anthony make the Houston Rockets the next ‘superteam?’

Bayou City sports franchises are certainly on the radar, with the recent World Series Win by the Astros, and the Rockets drawing enough attention for some of their players to be featured in a national ad for State Farm insurance.

The Rockets are also currently first in the southwest division. Their record currently sits at 41-13, according to game stats, and they’re second in the Western Conference.

As of December 2017, they boasted the best record in the NBA, teetering currently in second behind Golden State.

Analysts say they’re a contender to beat the reigning league champions this year, adding another W to their roster this week against Denver, and lest we forget Houston’s win against San Fransisco during their last matchup in January.

"It's still Golden State and everybody else, but if anybody in the league has a shot, it's Houston."@basketballtalk goes around the #NBA: https://t.co/gdD6Kpe3zl pic.twitter.com/CLGQ3l81y4

“Not only do the Rockets just keep on laughing and winning, they’re probably the only team that could keep the Warriors from going John Wooden on the rest of the NBA,” Sherrington wrote further.

The Astros’ lineup is also strong, proving they could bring it in the World Series.

Team officials continue to ramp up, acquiring assets from around the league and making it look like winning could be a regular occurrence for the foreseeable (hopeful) future.

Between the two franchises, the teams are taking Houston’s place in the sports arena to the next level.

Keep it up, Clutch City.