Dashcam catches a Houston woman pushing her prey into oncoming traffic, but why do they both flee? 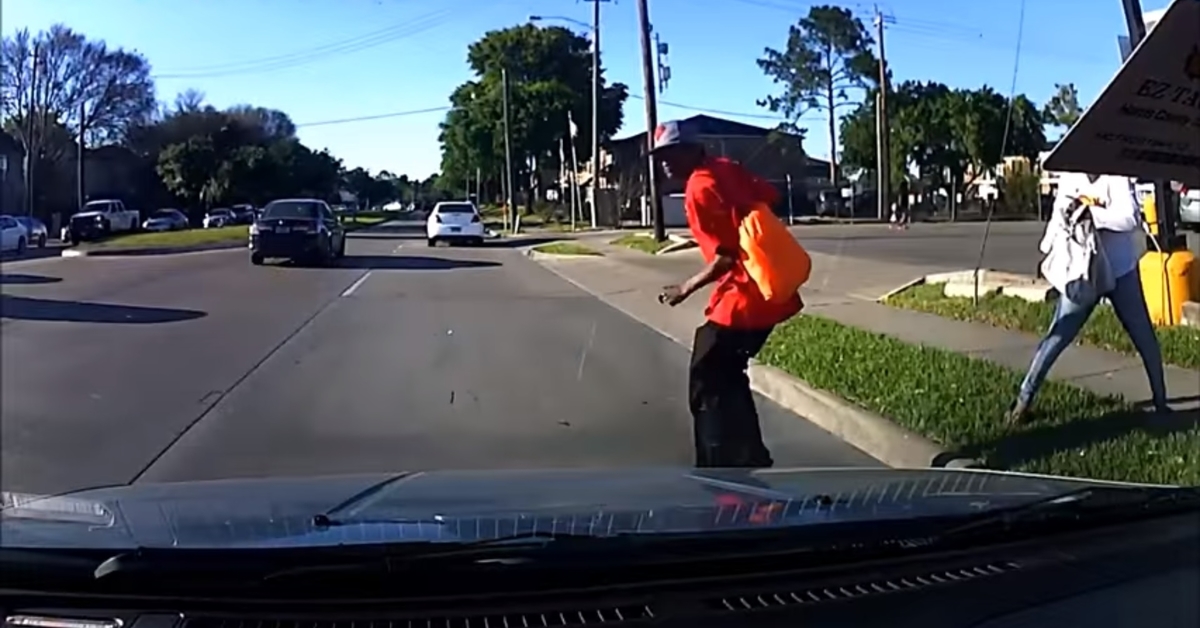 A man driving down Wilcrest near Beechnut in Houston saw the unthinkable happen — a woman pushing a man in front of his vehicle in an act that could have been attempted murder.

Luckily, the driver caught the incident on dashcam footage.

RELATED: LEGO and watch this depiction of Harvey hitting Houston

The man and woman who appeared to be having a domestic argument were standing on the side along Wilcrest as though they were waiting to cross the street. The woman standing just behind the man shoved him in front of the car as the driver passed.

Fortunately, the driver was able to avoid the pedestrian, but the man did make contact with the side of the vehicle, knocking off the mirror.

While the driver stopped after the incident, the man ran off clutching his elbow, and the woman followed.

The driver filed a police report regarding the incident. He later posted the footage on YouTube under the username gan42.