Dead for good? Texas ‘bathroom bill’ gets another stake through its heart 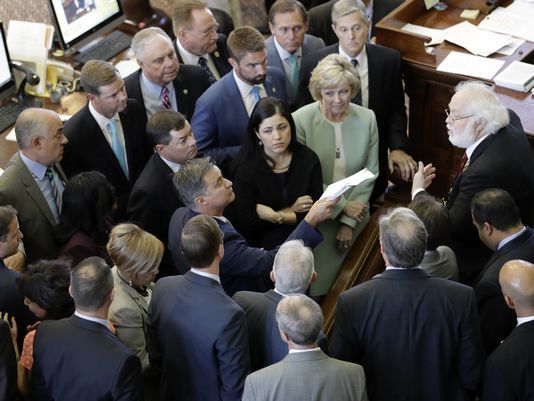 The cause of death, according to USA Today, was a total lack of cooperation among members of the Republican Party. The “backbiting” actually led to the session ending on day 29 instead of day 30. This marks the second time a bill restricting the use of bathrooms for transgender people has made it to the House, and the second time it has died.

As of the session’s end, Abbott didn’t give any indication he was up for a third try.

Sarah Kate Ellis, president and CEO of GLAAD — Gay and Lesbian Alliance Against Defamation — said of the bill’s failure, “Today’s victory shows what can happen when transgender Americans and their allies stay vigilant and push back against legislation that helps no one and harms many.”

The mayors of large cities, police chiefs, large corporations, and even sports franchises came out in opposition to the bill in recent days. Since its announcement, LGBTQ activists and allies have been protesting it and testifying to the harm it would do at the state capitol.

Maybe this time, the bill is dead for good.

RELATED: Time is ticking on the Texas bathroom bill, and it doesn’t look good.