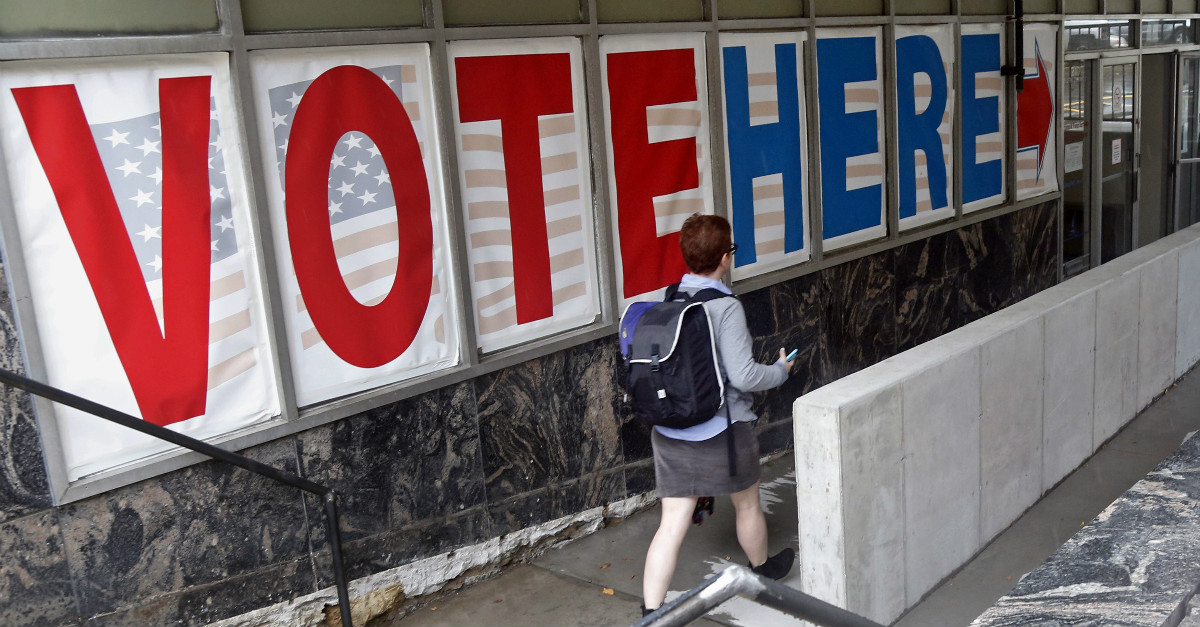 AP Photo/Jim Mone)
A woman passes a large sign as she arrives to vote Friday, Sept. 23, 2016, in Minneapolis. Election Day is more than a month away but the voting was already underway Friday, as Minnesota kicked off its first presidential cycle where all voters across the state can cast their ballots early. (AP Photo/Jim Mone)

Another surprise victory in a traditionally Republican state has Democratic Party leaders thinking they can bring a “blue wave” to the deep-red Lone Star State.

On Tuesday night, Democrat Margaret Good won a seat in the Florida Legislature by defeating Republican James Buchanan in a special election. Good won the seat by eight points in a Republican-leaning district.

Good’s victory comes on the heels of other candidates favored by the current administration seeing unexpected upset losses. Since November 2016, at least three dozen state legislative seats across the country have flipped from Republican to Democrat.

A week prior to Good’s win, Missouri Democrat Mike Revis narrowly defeated Republican David Linton for a seat in the statehouse. The Republican candidate in the 2016 presidential election won 61 percent of the vote in the same district just 15 months earlier.

RELATED: Texas’ Democrats gearing up with optimism ahead of upcoming elections

In January, Wisconsin Democrat Patty Schachtner beat Republican Adam Jarchow by double digits in a special election for a seat in the state Senate. The margin matches that of the Republican presidential candidate’s victory in that same district.

Texas Democratic Party Spokesman Tariq Thowfeek also spoke to the Chronicle about the upset in Florida Tuesday night, saying Good’s victory “proves that no one is buying what the (current administration’s) Republican Party is selling.”

RELATED: Democrats bank on Beto O’Rourke for the Senate in 2018

Despite their dominance in recent elections, Texas Republican Party officials are not taking any elections for granted.