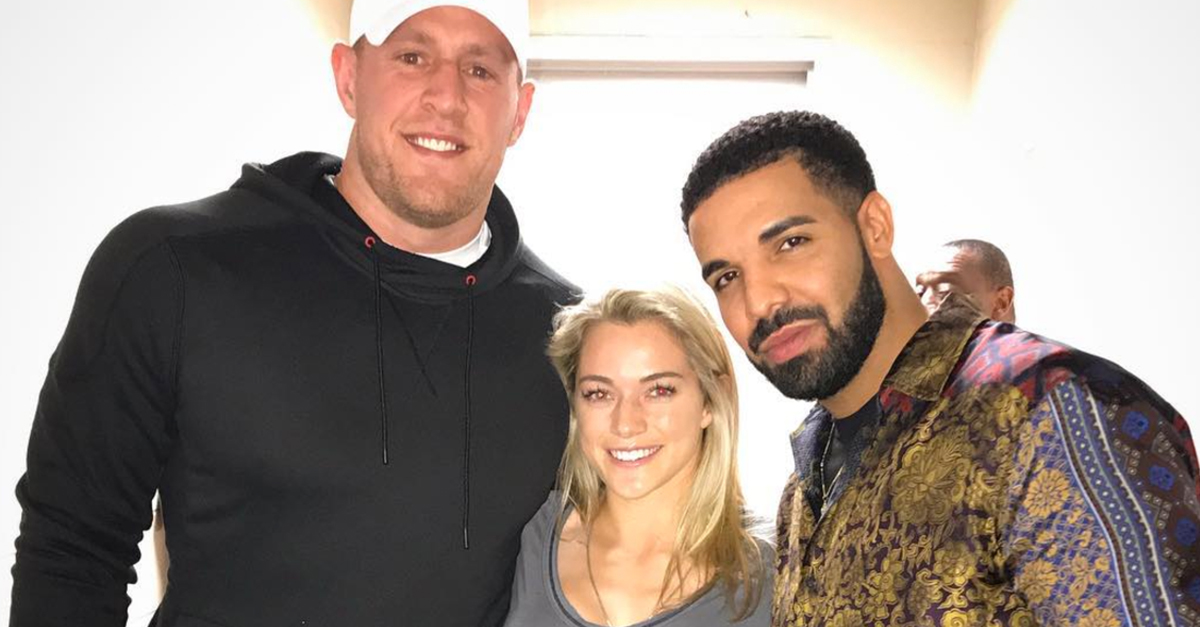 Drake might be from Toronto, and J.J. Watt is a native of Wisconsin, but both brought their Houston-pride game to mark the start of the Manchester Derby Thursday night.

RELATED: Thanks to the power of Twitter, J.J. Watt gives broke college student a pair of new shoes

The rapper and the Houston Texans defensive back were on hand at NRG Stadium to kick off the match between Manchester United and Manchester City, the first edition of the Derby on U.S. soil.

Watt participated in coin toss and Drake delivered the game ball amid a procession of players.

Drake calls Houston his second home, and he’s in town for Houston Appreciation Week (which lasts until Sunday, July 23).

The duo even took a moment to pose with Watt’s girlfriend Houston MLS player Kealia Ohai.

But, still–the two boys together? This is one case of the best kind of celebrity overload.