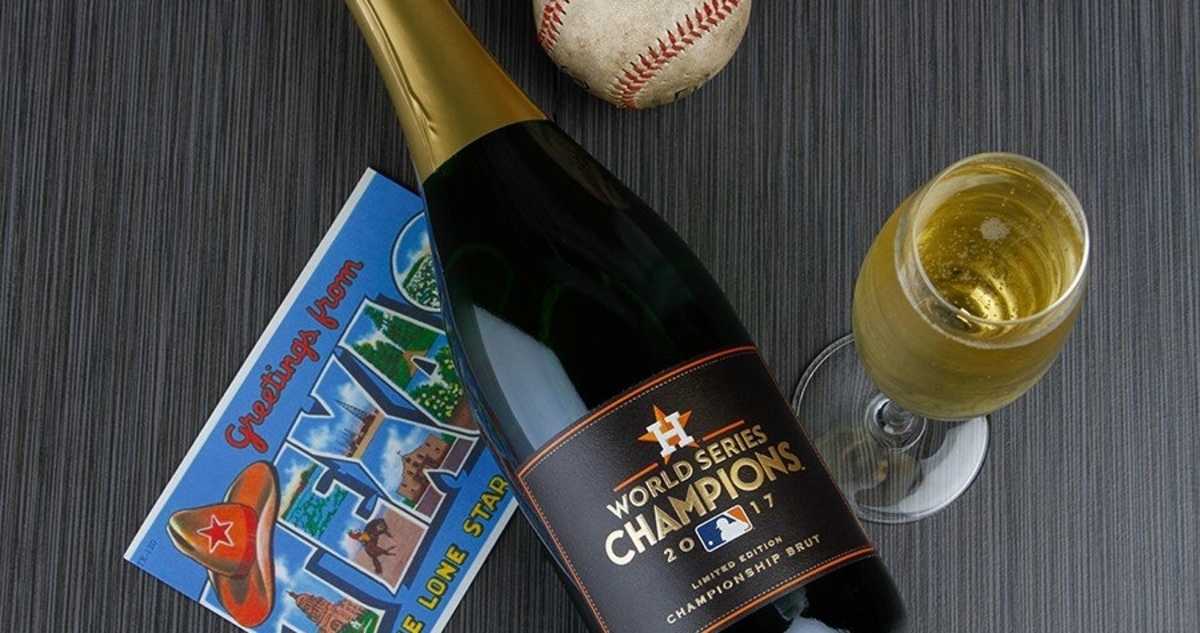 Why toast history with French champagne when you can sip on the official Astros Championship Brut?

While the rest of the country picks up a bottle of unexciting sparkling for their New Years toasts, MLB.com invites Astros fans to join in the clubhouse tradition of popping the cork of a novelty bottle of bubbly.

Bottles are just $25 each and are being sold through Rack&Riddle Winery, which says the bottles showcase California grapes. Of course, those grapes were harvested before the sour grapes of the Los Angeles defeat came into season.

“This is our 6th year creating a Limited Edition World Series Sparkling with MLB,” said Wine by Design CEO Diane Karle. “We are fortunate to have found such a great partner in Rack and Riddle to create a sparkling wine from one of the most prestigious winemaking regions in California for such a momentous occasion.”

RELATED: History earned – a city, a team, and the trophy decades in the making

Not a fan of champagne or sparkling wine? Splurge on a bottle of Astros Championship California red wine for about $50. This blend of 60 percent Cabernet Sauvignon and 40 percent Merlot hails from 2014, which readers may remember was the same year Sports Illustrated predicted the ‘Stros would win the 2017 World Series.