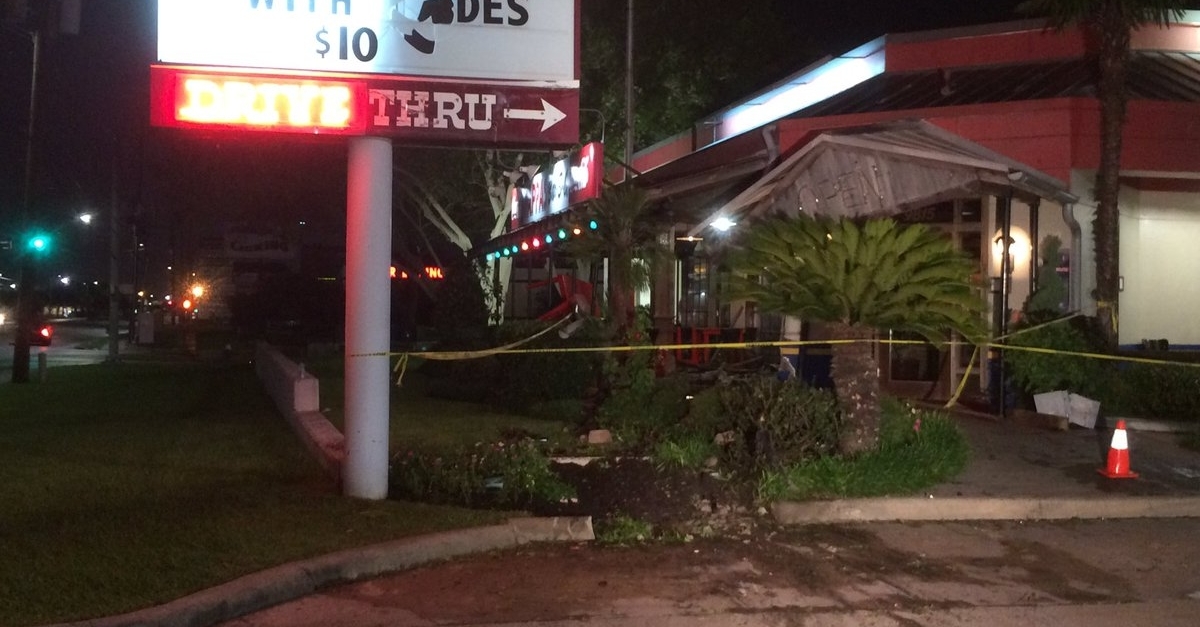 Police are investigating after a woman crashed her vehicle into Pappa’s Bar-B-Q on Bissonnet at Centre Parkway on Monday night.

The incident happened around 9:45 p.m.

The driver of a passenger car struck the back of a SUV, then lost control and hit a pedestrian. The vehicle continued until it crashed into the patio of Pappa’s Bar-B-Q.

Now that sun's coming up, here's a better look at what a car did when it plowed into @PappasBarBQ off Bissonnet/59 overnight. #khou11 pic.twitter.com/99cO3yNslb

Patrons were still dining when the crash occurred. They reported hitting the ground as the car plowed into the building.

Fortunately, no one was eating on the patio when the accident happened.

None of the restaurant patrons were hurt, but the pedestrian appeared to have broken bones. A driver and passenger in the SUV were both taken to area hospitals.

The driver of the car that hit the restaurant is being investigated for possible intoxication.

Though the building was damaged, Pappa’s Bar-B-Q will be open for regular hours today.