A YouTube video taken by a drone offers an eye-opening look at the wrath of Hurricane Harvey.

RELATED: Several weeks after Harvey, some roads around the Addicks and Barker Reservoirs are still closed

Lasting just under five minutes set to meditative instrumental music, the footage shows much of the land surrounding the Addicks and Barker reservoirs is flooded. Occasionally, the drone’s camera captures trees and swaths of highway popping out of water.

While both dams succeeded in holding back the water from Harvey, a document surfaced which calls into question the reservoirs’ integrity.

According to the Texas Tribune, five years ago, officials worried about their efficacy.

“Addicks and Barker were not designed to impound large pools behind them for an extended period of time,” an Army Corps official wrote in a 2011 email, which was made public through a lawsuit the Sierra Club filed against the Corps over a road project near the reservoirs. “These larger and longer lasting pools … [are] increasing the threat to both dams.” 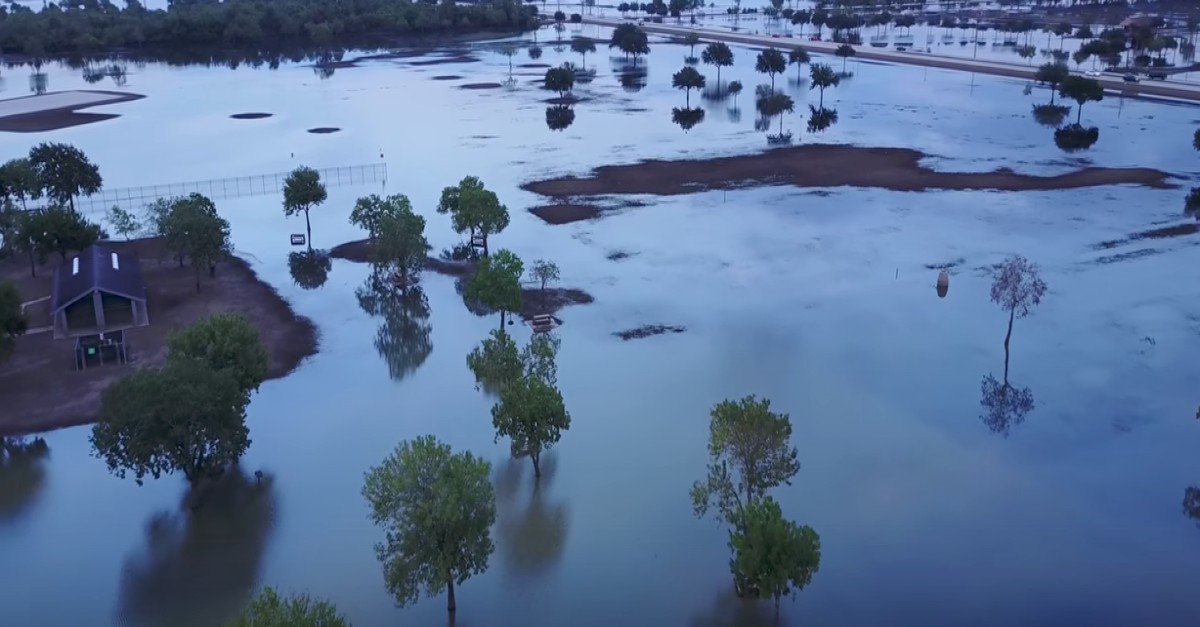