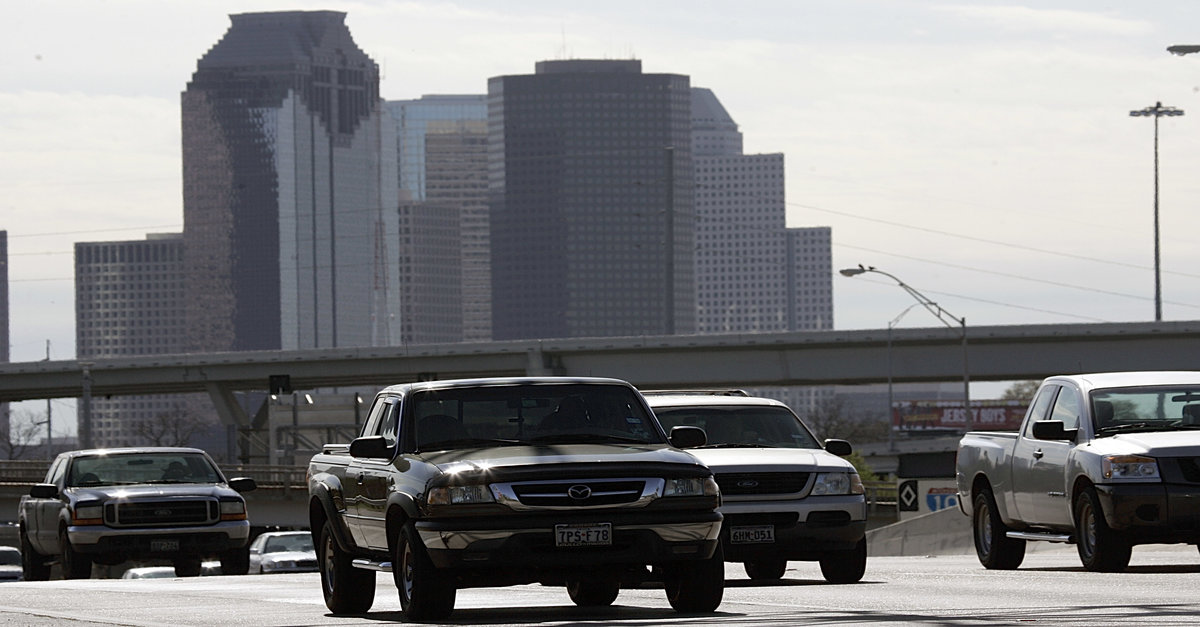 But this week?s Draped Up Driver award is going to a group of hooligans slowly killing us all:

Nigga called me out so I had to do him up on the side of the free way ‼️‼️🏀🏀 pic.twitter.com/RsiRbMa4u8

@chavotheplug?s language aside, I mean, rules are rules: someone calls you out, you gotta ball. And Momma always said to keep a portable basketball hoop in your car.

But ? bruhs. Take that ish to your house.

Check out a few of the runner-ups from this week contributing to Houston?s dysfunctional relationship with traffic, and be sure to check back here every week to get to know more terrible Draped Up Drivers!

Traffic is still terrible on I45 N as crews continue work to fix a 10 foot pothole that developed this morning north of the Hardy Toll Road pic.twitter.com/Nsnz1Oeht2