Football season is kicking off, but fans are finding themselves embroiled in more than just team rivalries.

Players protesting the national anthem have divided their fandom, with strong opinions on both sides. While team owners differ in their approach on how to handle the protests, critics complain about how the NFL views the protests versus a player’s criminal behavior.

The NFL confirmed it will not discipline players for their national anthem protests.

As players take a knee during the anthem, Texans may remember this is not the first time NFL players tried to make a political statement on the field; the decision didn’t work out so well for the Dallas Cowboys.

In July 2016, the nation recoiled in horror after five Dallas police officers were murdered. The Dallas Cowboys wanted to honor their fallen heroes, so the team created a special decal — a star with the words “ARM IN ARM” printed on it.

Hey @BillSpadea this is the decal that the @dallascowboys wanted to wear to supports Dallas officers and the NFL said no. pic.twitter.com/V2xgIzg9pw

Before the team was able to wear the decal, however, the NFL banned it from both preseason and regular-season games, saying the team’s uniform must stay in accordance with other team’s uniforms.

The Cowboys were only permitted to wear the special decal during training practices.

As silent protests continue during the national anthem, critics want to know why the NFL wouldn’t allow the Cowboys to wear a decal honoring fallen police officers. 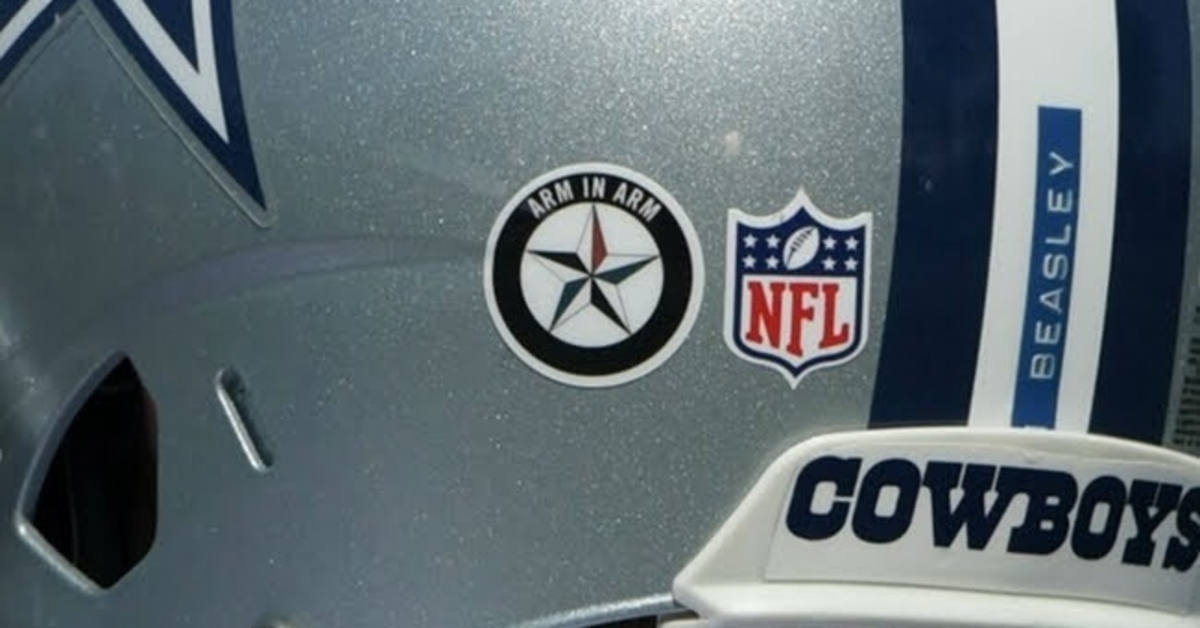