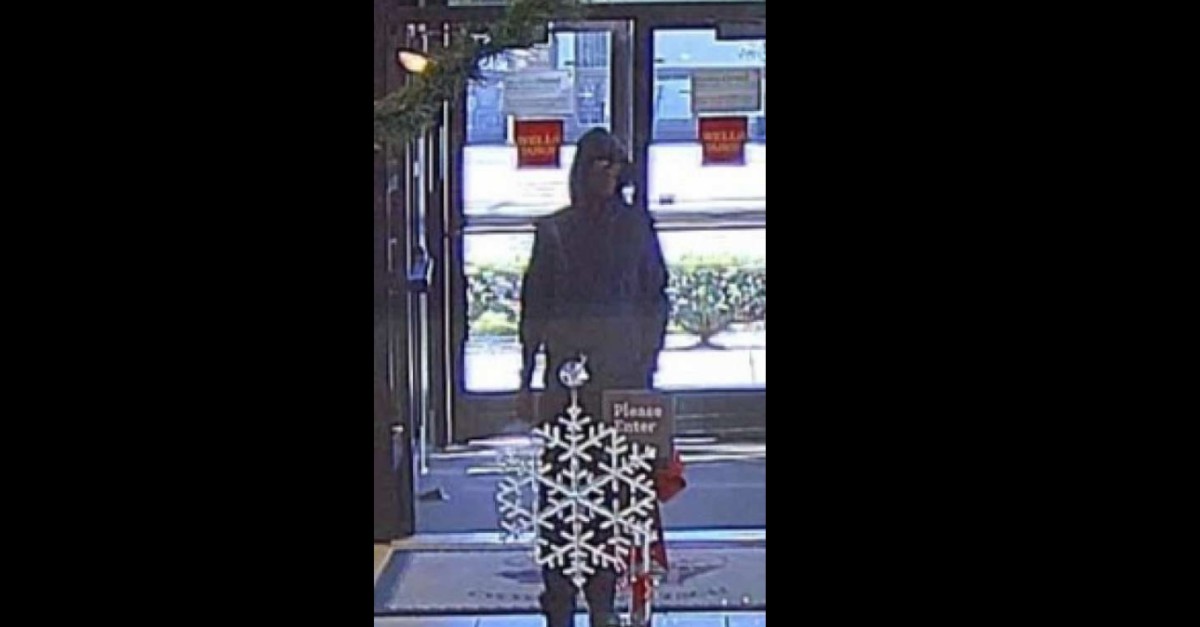 A man walked into a Wells Fargo branch in Midtown on Black Friday and left richer after a brazen afternoon robbery.

RELATED: ?Bank jugging? is many Houstonians? worst nightmare, and it?s happening more than ever around town

Police are now investigating the incident, which happened around 1:30 p.m. in the 2700 block of Smith Street, according to the Houston Chronicle.

According to a FBI Houston press release, the suspect wore a navy blue hoodie, dark pants and square-rimmed glasses in the robbery, and is described as being in his mid-30s, between 5’7″ and 5’8″ and about 150 pounds.

RELATED: Police are looking for two men who brazenly robbed an armored car in broad daylight

Authorities are offering a $5,000 reward in connection with information about the crime, and are asking the public to call Crime Stoppers at 713-222-8477 or the FBI Houston Field Office at 713-693-5000 if they have any information.