Feeling nostalgic? Here are the top 10 memories Houstonians from 90’s may never get back 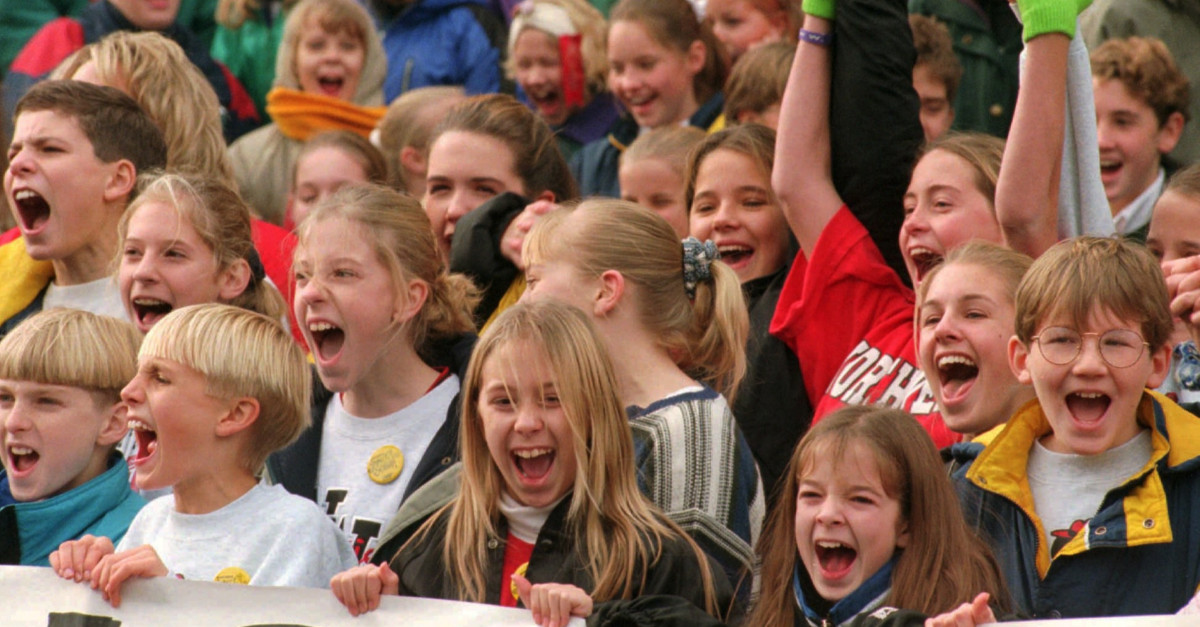 Editor’s Note: Danielle is a millennial, and her list of the top 10 90’s memories is written from a first person perspective.

90’s kids are known for our nostalgia, but who can blame us?

Before economic recessions, student loans and constant contact through to our cell phones, we enjoyed butterfly clips, Buffy and punk buttons/stickers on everything.

Recently, the Houston Chronicle compiled a list of the best things about growing up in Houston in the 90’s, reminding us what’s changed in Houston over the years.

While some of the cities improvement are for the better, here are the top 10 90s memories we’ll probably (and maybe hopefully) never get back:

#1 – AstroWorld was still the hit destination.

AstroWorld closed in 2005, but Houston is still hanging on to its memory. After all, millennials from Houston won’t argue a better way existed to spend the day than in AstroWorld riding coasters, playing games and buying Six Flags gear. For the lucky few, you could even earn free tickets to the park for academic achievement.

RIP to Astroworld, but especially the Texas Cyclone. Nothing was scarier than being on it thinking it would fall apart mid ride. pic.twitter.com/GI6VD8hthD

For the first half of the 90s, we could listen to Selena until our ears fell off. The beloved Tejana singer also performed two notable shows in Houston, one at RodeoHouston and one at Astroworld’s Southern Star Ampitheater. After her tragic murder, fans cried and watch a biopic about her life starting in 1997.

No stage props, no background dancers or singers, no stage lights, just Selena Quintanilla and her live vocals full of raw emotions. Look at how mesmerized the audience was over such a simple performance. Very rare can a singer captivate you like this with a simple performance pic.twitter.com/SFjRzyVY1e

Smilers in school yearbooks are more likely to have successful careers and marriages than poker-faced peers. #Beyonce #Smile #CelebSmiles pic.twitter.com/AleTfDZBrx

#4 – Malls were the best place to hangout.

You could spend an entire Friday or Saturday night at the mall and be the coolest kid around town. You could stock up on gear at Gadzooks, shop for music at Sam Goody, or duck into an Arcade to challenge your friends to a game. Munching on bad food from the food court felt like fine dining, and it was one of the few places you could ditch your parents without them worrying about you being up to no good.

Also FYI @MovingImageNYC has an exhibit that is just straight up a functional 1980s/1990s mall arcade. 💜 pic.twitter.com/XfChULGdEr

Blockbuster Video was not only a place to pick up movies, it was a hangout in its own right. You could spend hours joking around with your friends who worked there, watching the in-house film, or scouring over the selection of former rentals that were being sold off at a deep discount. Suddenly, finding that $2.99 DVD at the bottom of the bin felt like a mini rebellion.

I binge-watched films before it was a 'thing.' I worked at the historical Blockbuster Video in high school, and dated a guy who worked at the local Edwards theater. Between free VHS tape rentals and day-long movie theater-hops, I was living the cinephile's dream. pic.twitter.com/JRjRW5bV6k

#6 – Watching a game in the Astrodome.

Hands down, the Astrodome was the coolest place to watch a baseball game. Not only this, but right across the street, you could see AstroWorld. Life was great for a 90’s kid that got to hit both in the same day.

Rescued this sweet 1967 Astrodome postcard from an antique store in Hopkins, MN for a dollar. pic.twitter.com/uwsRl3HGjG

#7 – Watching Bagwell and Biggio play for the Astros on regular TV.

Whether you’re a longtime fan or just jumped on the bandwagon, there’s no debate about the Astros being a Houston institution. Back in the day, you could watch them with just an antenna. Nostalgic cable cutters can only remember the good old days. Not only that, but you could still watch Jeff Bagwell and Craig Biggio bat for the ‘Stros.

Shout out to two of my favorite players growing up, the legends Jeff Bagwell and Craig Biggio https://t.co/SBTaUr0uwe pic.twitter.com/FOnPWYfnbK

The Houston Rockets won the championship in 1994 and 1995, putting Houston sports on the map. They forever earned the city the nickname “Clutch City.”

Until 1996, Houston’s hometown football team was the Oilers. After the team sold, it became the Tennessee Titans.

Thank you to everyone that voted in the relocation poll! We are still waiting on a few others to vote however we have surpassed the 24 votes needed mark… Which means the Houston Oilers are coming back to @NEFL18 !!!! pic.twitter.com/ZygBvFPrjz

During the 90s, Houston kids could watch hockey thanks to the Houston Aeros, which left the city in 2013. For kids that grew up watching the Mighty Ducks franchise, hockey was a treat, especially in a city as hot as Houston.

How cool would it be if Gordie Howe's WHA Whalers became the NHL's Houston Aeros? pic.twitter.com/miP9ZsnRYd

At least we have our memories. Right, Houston?