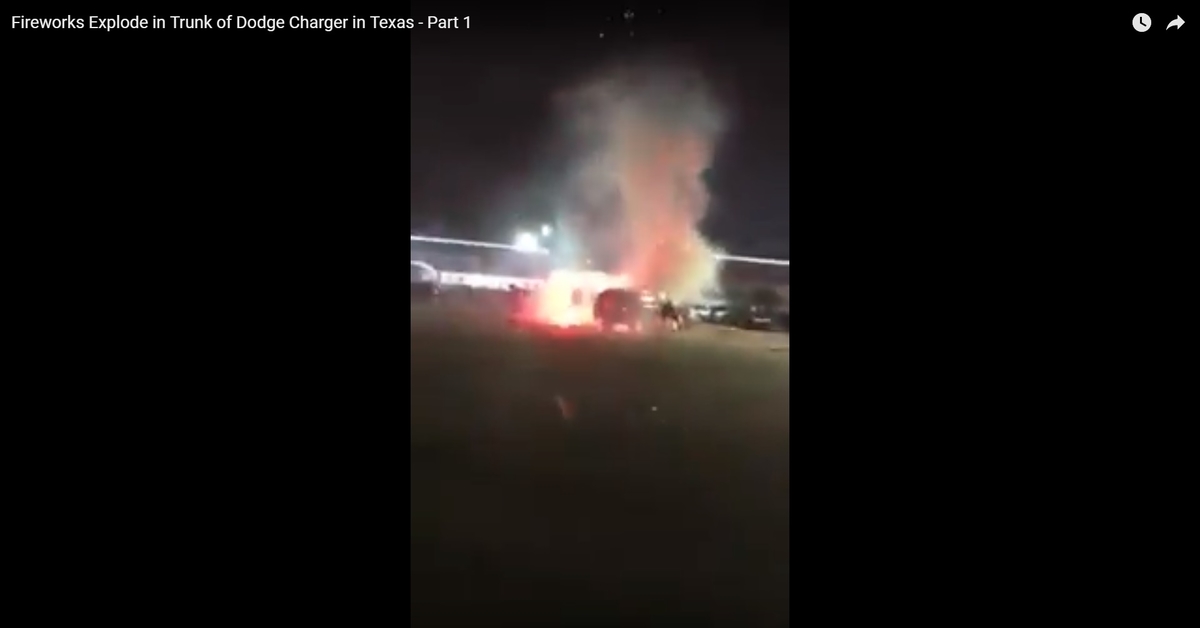 Those attending a New Year’s Eve celebration in southwest Houston got more than they bargained for when a trunk full of fireworks exploded, sending flares and streaks in all directions.

Celebrants gathered in a parking lot in the 14600 block of Beechnut near Highway 6 to ring in the new year with fireworks and sparklers.

RELATED: Whataburger tweeted clapback at Stanford U after they mocked Texas

According to a witness, the explosion started when someone threw a lit firework into the trunk of a Dodge Charger, which was loaded with supplies for a stellar NYE light show. Unfortunately, the lit firework set off a chain reaction that sparked the entire lot.

?Somebody threw a firework or something in (the Charger),? witness Jonathan Garza told KHOU. ?That?s how it all started.?

The car ignited in flames as the fireworks erupted.

Garza says that the owner of the vehicle Hurara Hassan was reportedly asking for help.

Hassan had more than his car to worry about.

“I was scared because my girl was in the car,” Hassan told Eyewitness News. “I ran to go see, but luckily she ran out.”

Fortunately, no one was hurt, though nearly 1,000 people were reportedly present during the incident.

Videos of the incident are making the rounds on social media. Based on footage of the incident, people scattered as the fireworks exploded, with some laughing as they dodged sparks and small explosions.

Some witnesses even moved closer to the car to get a better look at the fireworks.

Firefighters were called to extinguish the flames, though fireworks continued to explode even as they doused the vehicle with water.