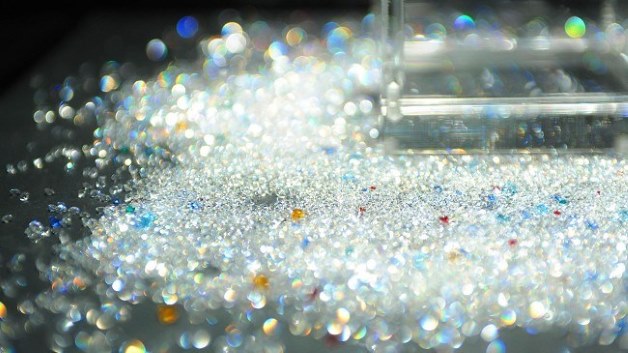 Earlier this week, authorities released store surveillance cameras in Hutton’s Jewelry & Gifts showing a group of robbers smashing display cases with a hammer and running out of the store with over $2 million in jewels:

Police are reportedly looking for the two suspects, who allegedly committed the Sugar Land-area robbery in broad daylight on January 10.

Footage shows the heist beginning in standard Hollywood fashion, with one man seeming to ask the clerk if he can see one of the pieces in the case; he can then be seen pulling a hammer out from under his coat, which he uses to smash the display glass.

According to ABC, police describe the first suspect as wearing a black jacket with a red and black Chicago Bulls baseball cap and faded blue jeans; investigators believe he is in his early 30s, about 200 pounds, standing around 5-foot-10.

Police say the two are also suspected and wanted for breaking into another jewelry store in the Houston area, Deutsch & Deutsch Jewelers, in December.