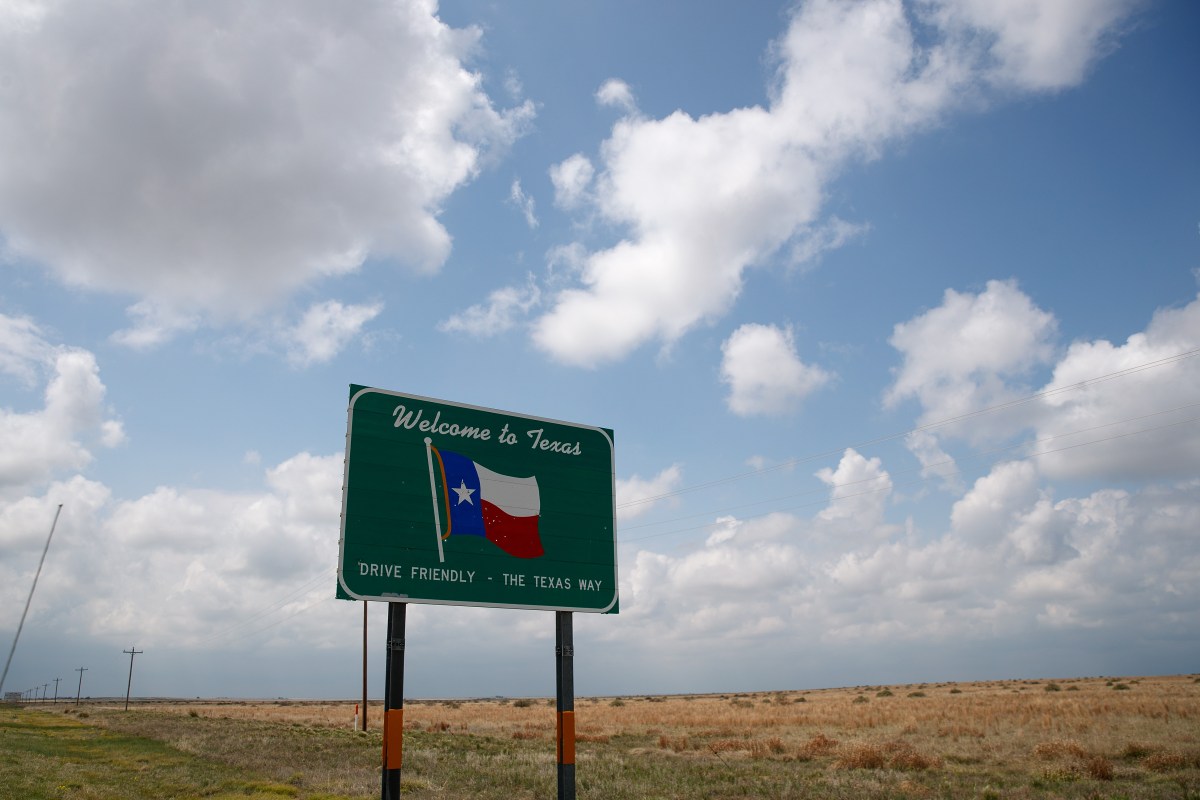 Rare Media Library
DALHART, TEXAS - MAY 9: A 'Welcome to Texas' sign stands on the side of the road, May 9, 2017 near Dalhart, Texas. Tuesday was the group's second day in the field for the 2017 tornado season for their research project titled 'TWIRL.' With funding from the National Science Foundation and other government grants, scientists and meteorologists from the Center for Severe Weather Research try to get close to supercell storms and tornadoes trying to better understand tornado structure and strength, how low-level winds affect and damage buildings, and to learn more about tornado formation and prediction. (Photo by Drew Angerer/Getty Images)

A report from the Texas Association of Realtors shows buyers from outside the United States purchased more than 34,000 homes in the state with a total worth of nearly $18.7 billion, putting Texas second among states for their popularity with foreign home buyers, just behind Florida.

The report gathered data on home purchases for the twelve month period of April 2016 to March 2017. The total amount represents an increase of nearly 60 percent over the same amount from the previous twelve months.

The Texas market reflects the nationwide trend, with an increase of nearly 50 percent in purchases by overseas homebuyers cross the country.

Vicki Fullerton, chairwoman of the Texas Association of Realtors, speculated on some of the reasons behind Texas’ popularity as a destination for foreign home buyers.

“This surge in international home sales activity underscores the growing reputation Texas has as a global destination for owning a home or investment property,” said Fullerton. “The state’s low unemployment, diverse industry base and world-class higher education institutions are just some of the reasons why international residents seek to attend college, raise a family or do business in Texas.”

One of the leading sources of foreign buyers for Texas homes is Mexico. The TAR study shows 43 percent of all U.S. home purchases by Mexican residents were for Texas homes.

Chinese buyers also contributed to the boom, as the amount of money spent to purchase Texas homes by Chinese buyers jumped over 10 percent from the previous twelve months.

RELATED: Mansion fit for Saudi prince hits the market for a cool $20 million

Dr. James Gaines, the director of the Real Estate Center at Texas A&M University, commented on the growing attractiveness of Texas homes to overseas buyers.

“Texas represents a very nice opportunity for them – we’ve been the fastest growing state in the country for years.”